Mother of boy stabbed to death in Dublin is Iraqi doctor

Maha Al-Adheem, originally from Iraq, moved to Ireland in 2010 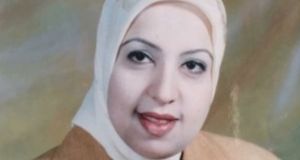 The three-year-old boy, Omar Omran, stabbed to death in an apartment in south Dublin on Monday was of Iraqi origin but had lived all of his short life in Ireland.

His mother, Maha Al-Adheem, was stabbed in the same incident that took her son’s life in the apartment where they lived at the Riverside complex in Poddle Park, Kimmage.

Gardaí believe Omar had been repeatedly stabbed hours before the alarm was raised on Monday evening between 6.30pm and 7pm. He was found dead in a bedroom in the apartment and his mother found badly injured with stab wounds to her torso.

Local people who saw mother and son regularly described a relationship between the pair that looked happy.

It is understood Omar had a medical condition, thought to be autism.

Gardaí are working on the theory the child was stabbed at least two hours before a call was made from inside the apartment for an ambulance. Paramedics were dispatched because the caller suggested Omar had had a seizure or heart attack.

It was only when the ambulance crew arrived and were forced to break down the door to gain access to the apartment that they realised the boy had been fatally stabbed and Ms Al-Adheem had also suffered knife wounds.

When the paramedics, who tried in vain to revive Omar, realised a stabbing had taken place the Garda was alerted and the incident became a criminal matter.

Omar’s mother is a qualified doctor but is not registered in Ireland. She is separated from her husband, who is also a doctor and was Omar’s father.

Ms Al-Adheem, early 40s, is from Iraq and had studied medicine at university. She completed some of her studies and training in Iraq and Syria and some in Ireland.

She studied medicine in Basra, Iraq; taking a Bachelor’s degree of medicine and surgery. Her time there spanned the period from 1994 to 2003; a term likely interrupted and lengthened because of the wars there.

Later, between 2007 and 2010, she worked as a GP in the Syrian Private University of Science and Technology. It is a 200-bed learning hospital facility just outside Damascus.

Most of her time since 2010 has been spent in Ireland, living in Dublin.

However, it is unclear whether she had ever worked as a doctor in Ireland. Sources said she does not appear to be a registered doctor in the Republic.

She is separated from her husband and Omar’s father. He is also from the Middle East though he still lives in Ireland and is believed to have had an active part in the boy’s upbringing.

The Garda rushed to try and locate him on Monday to break the tragic news to him before it emerged in the media. Gardaí do not believe Ms Al-Adheem has any family network in Ireland.

In 2014 during the European election campaign in Dublin, Ms Al-Adheem featured in an Irish Independent campaign trail report after a meeting with MEP Nessa Childers.

She told Ms Childers she was from Iraq and had been living in Ireland with her husband for 3½ years at that point. The newspaper article recorded the fact she was pushing a buggy, and had a baby son Omar, when she met Ms Childers as she was canvassing on the street.

Ms Al-Adheem told her that despite being a qualified doctor she was unable to work in Ireland.

She also complained and her family could not find landlords willing to accept rent supplement. As a result the couple were living in one room with their baby.

“I worked as a doctor in Syria, but I cannot do so here, and I really do want to work. I’m getting very mad about it,” she told Ms Childers.