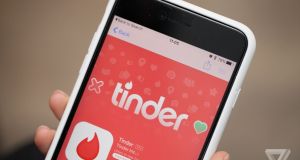 A man accused of raping a woman he met on the Tinder dating app on their first date told gardaí that he met her for “a hook up” and expected “something would happen”.

The Louth man (36) is alleged to have raped the university student in his car after driving her up the Dublin Mountains.

He has pleaded not guilty to rape at Kilmashogue Lane, Rathfarnham, Co Dublin on September 11th, 2014.

On day four of the trial at the Central Criminal Court in Dublin on Tuesday, Garda Ciarán Byrne gave evidence of two garda interviews with the accused after his arrest on September 19th, 2014.

The man told gardaí that he had consensual sex with the woman and said her version of events was wrong.

Asked why she would make it up, he said she became annoyed with him because he had ejaculated inside her during sex without a condom.

He replied: “Coming in her. She wouldn’t be happy and she thought I was an absolute prick. That started off the mood going sore between us. She didn’t tell me to pull out. I thought she was on the pill or something.”

The accused said: “I did no harm to that girl, I guarantee there is not a mark to that girl.”

He later added that at no stage did he threaten the woman or use violence.

The man told gardaí that before they met they had been sending texts back and forth over the phone dating app Tinder and then over the Whatsapp app.

He said she seemed pretty keen to meet up and he found that unusual. He said a few days later, they arranged to meet, but she cancelled it and he “got a bit thick” because he didn’t believe her reason for cancelling.

They then started sexting or exchanging images of a sexual nature. They met in the coming days and went for a coffee in McDonalds.

The man said he then asked her if she wanted to go to the “Viewing Point” in the Dublin mountains “because we couldn’t do anything there”.

“In my mind-set we were meeting to have sex – that wasn’t necessarily going to happen. Ultimately, I met not knowing something would happen, but hoping and expecting it would. I suggested we go somewhere private.”

The trial continues before Mr Justice Paul Butler and a jury. Both the accused and the complainant are entitled to anonymity throughout the trial.

Evidence has now ended in the trial and closing speeches have begun.

It is expected the jury will begin deliberations on Wednesday.