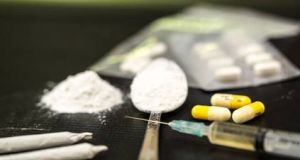 An Irish man was arrested in mid-June in the Netherlands during an operation in which €1m worth of cocaine was seized. A related operation by gardaí in Dublin and Meath resulted in the seizure of €70,000 in cash and encryption devices. Photograph: Getty Images

At least one Irish man has been arrested after European police forces hacked into a highly secure communications network and intercepted millions of messages concerning organised criminal activity.

The Encrochat service is used by thousands of organised criminals across Europe, including members of the Kinahan crime gang, dissident republicans and other Irish criminal groups.

The service, which is legal and costs €3,000 a year per person, allows users to send messages to each other without fear of their communications being intercepted by law enforcement. The service was considered so secure that criminals used it to discuss murder plots, drug purchases and weapons smuggling in great detail.

However, earlier this year French police were able to remotely install malware in the Encrochat devices, which are essentially heavily modified Android phones, allowing officers to read messages on the phones before they were encrypted and sent over the network.

The result was the interception of millions of messages leading to dozens of arrests across Europe.

One Irish man was arrested in mid-June in the Netherlands during an operation in which €1 million worth of cocaine was seized. A related operation by gardaí in Dublin and Meath resulted in the seizure of €70,000 in cash and encryption devices.

It is understood French, Dutch and UK police forces, who led the hacking operation, are sharing further information with the Garda. On Thursday the Garda directed queries on the issue to Europol, which co-ordinated the operation. Europol directed queries to the Garda.

A security source said the intelligence received by gardaí did not affect any ongoing investigations in Ireland “at this time”. However, given the widespread use of Encrochat by Irish criminals, this is expected to change.

There has been a spike in large drug seizures in Ireland recently, including the seizure of €3.9 million worth of cannabis in Co Laois on Wednesday. However, given the secretive nature of Garda intelligence operations, The Irish Times could not establish if any of these are related to the Encrochat hack.

“The information has already been relevant in a large number of ongoing criminal investigations, resulting in the disruption of criminal activities, including violent attacks, corruption, attempted murders and large-scale drug transports,” Europol said in a statement.

In the UK €54 million in cash has been seized along with 77 firearms and four grenades as a result of the operation.