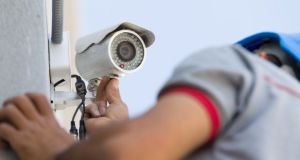 The court heard that following the rape complaint, CCTV footage was gathered from a number of premises by gardaí and analysed ‘painstakingly’. Image: Getty Images.

A woman has been given a 2½ year suspended sentence for falsely making an allegation of rape after a night out in Killarney, Co Kerry almost four years ago.

Jacinta O’Connor (28), of Steelroe, Killorglin, had denied “knowingly” making a false report of a rape and wasting Garda time on Sepember 22nd, 2014 but was found guilty by a jury in late 2016.

The finalisation of the case had been adjourned a number of times to allow for probation and other reports.

Judge Thomas E O’Donnell on Tuesday said Ms O’Connor been on a night out after Kerry won the 2014 All-Ireland senior football title and found herself separated from her friends.

At 4am she had presented herself at Killarney Garda station and alleged she had been raped by a foreign national who was wearing a green hoodie.

Gardaí brought her to the sexual assault unit in Cork, sealed off the alleged scene of the attack and Ms O’Connor gave a number of detailed accounts.

The court heard CCTV footage was gathered from a number of premises by gardaí and was analysed “painstakingly”.

A man matching Ms O’Connor’s description was identified and gardaí seized some of his clothing and possessions.

However, the footage also Ms O’Connor leaving the nightclub with an Irish man - identified as ‘Mr X’ during the trial - who she went down a laneway with. ‘Mr X’ told the court he and Ms O’Connor had gone to a nearby carpark and engaged in consensual sex.

Judge O’Donnell said it was quite clear that Ms O’Connor had consumed “a copious amount of alcohol” on the night . She had no previous convictions and had since married and was working, which he said had brought stability into her life.

However, he said this was a serious charge and the false report had put an innocent person at risk. A considerable amount of valuable garda time was also wasted during the case.

Judge O’Donnell said the appropriate sentence was 2½ years which he suspended for a period of 2½ years on Ms O’Connor’s own bond and providing she keep the peace.