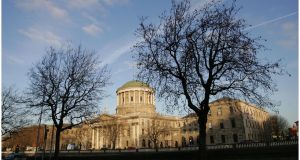 A judge has told three men that a car crash in which they claimed to have been injured was so entirely improbable that it could not possibly have happened. File photograph: Bryan O’Brien/The Irish Times.

A judge has told three men that a car crash in which they claimed to have been injured was so entirely improbable that it could not possibly have happened.

Throwing out personal injury claims for damages of €60,000 each by Hakim Rahali, Ismail Boudersaya and Riad Siali, Circuit Courty President Mr Justice Raymond Groark said the damage to two cars was not caused by the accident the court was being asked to consider.

“This is a try on which took quite a considerable amount of work to set up and which has failed,” Judge Groarke said as he ordered the men to pay Axa Insurance’s legal costs.

Mr Siali, having listened to the cross-examination of Mr Rahali by barrister Adrianne Fields, left the court and was not available when called to give evidence. The court heard that he was vomiting in the men’s bathroom and unable to come out to give evidence.

Later, when Judge Groarke was giving judgment, he asked if Mr Siali “was still locked in the facilities”.

“Maybe he has been sick but he is really better off not giving evidence in this case,” the judge said.

Ms Fields, who appeared with Delahunty O’Connor solicitors, told Judge Groarke at the outset that Axa was disputing that the March 2012 accident near Duleek, Co Meath, had taken place at all or as described in the evidence.

Mr Rahali and Mr Boudersaya, both of Mount Pleasant Avenue, Dublin 6 , told the court Mr Rahali’s BMW had been crashed into head-on by a Seat Ibiza driven by Ovidiu Luchi, of Mount Symon Crescent, Blanchardstown. Due to their whiplash injuries, both men had to be taken from the car by ambulance attendants. Judgment had already been obtained against Mr Luchi.

Garda Pat Buckley said when he arrived at the alleged crash scene he became suspicious as the damage to the cars did not seem to fit. He seized both vehicles and had them forensically examined.

Garda Joe Doyle, a PSV Inspector, told the court the damage was not consistent with a head-on crash and he could not find any evidence of paint or rubber transfer from one vehicle to the other.

“I absolutely don’t believe these cars crashed into each other,” he said.

Judge Groarke said he had been greatly impressed with the evidence of hotel worker Camelia Hutanu, who told him she had been a back seat passenger in the Seat and who, though injured, had not made any claim.

“I prefer to work to earn my money. I don’t look for easy money,” she told the court.

The judge said he believed Ms Hutanu, and that being so, he had to conclude she had been injured while a passenger in the Seat in another crash on another occasion.

Dismissing the claims, Judge Groarke said he referring the matter for the consideration of the gardaí at Laytown.