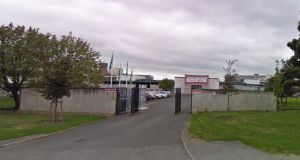 An 11-year-old schoolboy, who injured several teeth in a courtyard fall while playing “bulldog” with a group of fellow pupils, has been awarded €25,000 damages in the Circuit Civil Court against his school.

Barrister Ivan Daly told Circuit Court President Mr Justice Raymond Groarke that the game entailed large numbers of children running from one end of the playground to the other while attempting to avoid being caught.

He said that in January 2012, Carl Sheils stumbled on a kerb which forensic engineer Pat Culleton considered a trip hazard positioned very close to a railing with which the boy had collided head first.

Mr Daly told the court the boy suffered a direct impact trauma to the upper left side of his mouth and examination at the Dublin Dental Hospital had confirmed injury to three teeth.

He said that following emergency treatment Carl, who had suffered shock and distress as a result of the fall, had been referred to his local HSE Dental Clinic for root canal treatment.

Mr Daly said the trustees and board of management of the school had entered a full defence to the boy’s claim, denying all negligence and breach of duty, as a result of which liability was fully in issue.

He said he believed Carl would succeed in the case and the school management had offered €25,000 and costs in settlement of his claim and he was recommending acceptance of it to the court.