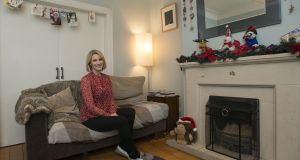 The High Court has ruled a financial fund must pay the costs of restaurateur Ronan Ryan’s successful legal action over the repossession of he and his wife Pamela Flood’s home in Clontarf.

Earlier this month Mr Ryan won his appeal against a decision by the Circuit Court in August allowing Tanager DAC to execute a possession order in respect of the home at Mount Prospect Avenue, Clontarf.

Mr Ryan successfully argued the fund was not entitled to possession because he had obtained a protective certificate which gave him a period of protection from his creditors as part of his application for a personal insolvency arrangement.

In his judgement, Mr Justice Garrett Simons said he was not prepared to allow the fund Tanager DAC to execute the order for possession of the couple’s home or to sell the €900,000 property.

Mr Ryan, the judge said was entitled to avail of the benefit of the protective certificate and was satisfied to set aside the Circuit Court’s decision in favour of Tanager.

Mr Ryan, a well-known restauranteur, has a €1.2m mortgage debt on the property. Ms Flood, a former Miss Ireland and well-known TV presenter was a notice party to the proceedings.

At the High Court on Friday Mr Justice Simons ruled Mr Ryan was entitled to the legal costs in respect of the costs of the Circuit Court hearing and the High Court appeal against Tanager.

The costs of those hearings are understood to be well into five figures.

Mr Ryan, represented by Keith Farry BL argued that the ordinary rule of costs following the event should apply.

Tanager, the Judge said, had argued that no order should be made in regards to the legal costs, meaning that both sides should pay their own costs of the hearings.

It would have been unjust for Mr Ryan to get his costs in a case where he owes the fund a significant amount of money, Tanager also argued.

The Judge said he was unpersuaded that there are any special circumstances which would justify a departure from the normal rule.

Tanager’s application for permission to execute a repossession order against Mr Ryan’s family home, notwithstanding the existence of a protective certificate, was dismissed on its merits, and Mr Ryan was entitled to his costs.

The case arose after Mr Ryan consented last March to the making of an order for possession in respect of the house in favour of Tanager, subject to a four-month stay on the execution of that order.

The house was to have been vacated by July 9th. Tanager claimed the couple and their family did not leave.

Instead, Mr Ryan brought proceedings under the Personal Insolvency Act and obtained a protective certificate from the Circuit Court in late June.

The certificate prevented Tanager from executing the possession order against the couple’s home, pending the determination of the application of a personal insolvency arrangement.

Tanager, which acquired a loan Mr Ryan took out on his home, opposed the appeal and had argued that it was fundamentally unfair if the existence of the protective certificate was allowed to derail its order for possession.

Mr Ryan’s lawyers argued that there had been no material non-disclosure by him, and despite the existence of the possession order Mr Ryan met the eligibility criteria for a protective certificate.