‘I hope his guilt horrifies, tortures and abuses him as he did to me’ 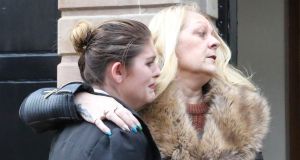 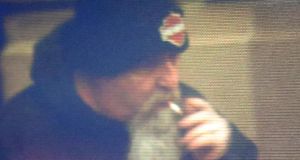 A girl who was sexually assaulted by her fatherhad her “childhood taken from her” by a person she should have been able to trust, a judge has said.

Thomas Ryan (58), with an address at Marlfield, Clonmel, Co Tipperary, was sentenced on Friday to five years in prison after pleading guilty to 10 sample counts of sexually abusing his daughter, Simone Flanagan, between 2003 and 2008. Judge Thomas Teehan suspended the last 18 months of the sentence.

Ms Flanagan, who is now 22, waived her right to anonymity at Clonmel Circuit Court because she didn’t want her father “to get away with what he did, having ruined her life,” prosecuting barrister David Humphries told the court.

Thirteen of the incidents of sexual assault with which Ryan was originally charged allegedly happened at the family home at Wilderness Grove, Clonmel, between November 14th, 2003 and November 14th, 2006, the court heard, while seven more were at Brook Crescent, Clonmel.

The accused apologised in court in December, when the facts of the case were initially heard, and also in writing to his victim. A victim impact report by Ms Flanagan outlined how she still couldn’t come to terms with what her father, Thomas Ryan, had done to her. “Things that, as his daughter, were unimaginable. A father is meant to protect and care unconditionally for his child and be a role model, but I did not have that luxury.

“Instead, I received no childhood, womanhood coming too fast, confusion and not knowing what I had done wrong to deserve the treatment, abuse and violation my dad committed on me.”

She said there was no answer from her father which would be sufficient for her questions. “From when this started, my dad told me this was normal. I was innocent growing up. It took me a long time to realise it wasn’t and by then it was too late. How could I stop this? I asked myself that many times growing up, crying in bed, scared and petrified, horrified of when he would approach, touch and abuse me next.

“Feelings and emotions that as a young child I should never have to face. The feeling of being alone, lost as a young child haunted me by day and night on top of sleepless nights and flashbacks which are a permanent reminder to this very day and into my adulthood, something that I will carry into my future.”

She said the issue has affected her friendships, family, “and most of all me”.

Her mother and brother were with her in court and she said that, in her eyes, “I do not have a father” and will never be able to forgive him for the abuse, sexual and emotional, she suffered at his hands. “I hope his guilt horrifies, tortures and abuses him as he did to me and for that I do not apologise.”