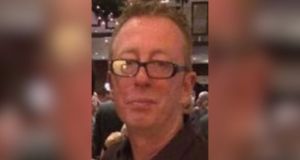 Daniel Kane (52) was jailed for 10 and a half years. Photograph: RTÉ

A man convicted of coercively controlling and repeatedly assaulting his former partner has been jailed for 10½ years.

During a 20-month relationship, Daniel Kane (52) repeatedly attacked the woman, including burning her foot, cutting her with a pizza slicer, headbutting her in the face while she was recovering from nasal surgery and stamping on her arm causing her multiple fractures.

On another occasion he stamped on her head and strangled her, leaving finger marks along her throat. After being charged with these attacks Kane threatened to send explicit images of the woman to her family if she did not withdraw the charges.

Speaking after the sentencing, Chief Supt Finbarr Murphy commended the victim in the case for her bravery and said she has been “an inspiration to a number of women not only in Ireland but beyond Ireland as well”.

Last November, a jury convicted Kane of coercive control, intimidation, assault and 12 counts of assault causing harm. It was the first circuit court trial for offences under the 2018 Domestic Violence Act, which created the offence of coercive control.

The offences occurred at various locations, including the couple’s Dublin home, on dates between May 2018 and January 2020.

The jury at Dublin Circuit Criminal Court acquitted Kane of one charge of assault causing harm and one charge of endangerment, both alleged to have occurred in the same time period. He had pleaded not guilty to all the offences.

Following the convictions, Kane pleaded guilty to a separate charge of intending to pervert the course of justice in the period between March and July 2020. This related to several attempts by the man to get the woman to withdraw her statements to gardaí.

Kane, of Waterville Terrace, Blanchardstown, Dublin, has two previous convictions for drink-driving and intoxication in a public place.

Prior to sentencing on Thursday, Kerida Naidoo SC, prosecuting, said that prior to the trial an order was made that neither the accused or the victim could be named. He said this order was made where there was accepted evidence of the vulnerability of the victim.

Mr Naidoo said that subsequent to the trial, the view of the Director of Public Prosecutions (DPP) is that the anonymity provision contained in section 36 of the Domestic Violence Act 2018 does not appear to cover the offence of coercive control.

This new assessment followed inquiries raised by the media regarding the legal justification for the restrictions.

Passing sentence Judge Elma Sheahan noted Kane had not taken the opportunity to apologise to the victim or express remorse for his actions.

The judge noted that during the trial, the accused’s senior counsel was instructed to suggest to the victim, during cross-examination, that “she was prone to hysteria”.

She said that but for the intervention of a doctor the assaults would have continued. The judge said the woman “remained beholden” to the defendant. His repeated assaults accompanied by rants and demeaning language all served to “maintain his control” of her, the judge said.

She said the assaults were aggravated by the attacks taking place in the victim’s home, the persistent nature of the offending, the fact of the intimate relationship, the level of fear instilled on the woman and her psychological vulnerability.

She noted as aggravating factors the fact that Kane was on bail for other charges when he committed the intimidation offence and was already charged with intimidation when he attempted to pervert the course of justice.

She said the case was mitigated by his previous good character, but noted that had to be juxtaposed with his repeated offending in this case over a 20-month period.

She also noted his caring for his parents as a mitigating factor, but commented that the compassion and empathy shown to his parents was in “marked contrast” to the “callous disregard” shown to the woman. She said the court views that therefore Kane “chose” to treat the woman in such a manner.

The judge said emotional abuse and assault occurring within a relationship was unfortunately “all too prevalent in society”. She described the physical harm done in this case as “significant, brutal and cowardly”.

She imposed an effective sentence of 12½-years imprisonment. She suspended the final two years of the sentence on strict conditions, including that he follow all directions of the Probation Service for two years post-release.

At a previous sentencing hearing last week,Det Sgt Michael Egan told Mr Naidoo, that on September 22nd, 2019, he received a phone call from a doctor working in a Dublin hospital who had concerns about the relationship the woman was in and believed there was “a real and substantial threat to her life”.

Det Sgt Egan said the woman gave evidence during last year’s trial of ongoing violence of different degrees. She described that at particular times the violence was “particularly intense”.

The relationship began around April 2018 when the woman was looking for a place to live and was introduced to Kane. She moved into his apartment and they became romantically involved.

As well as physical assaults, she described emotional abuse in the form of him saying demeaning things, using aggressive language and specific incidents of humiliating conduct such as being made to sit naked in a room while he berated her.

The woman gave evidence of him interfering with her relationship with her family and her access to her friends. She said the conduct had a serious effect on her, that she became “meek and submissive” and that she was “walking on eggshells” waiting for the next act of violence.

In her victim-impact statement at last week’s hearing, the woman told the court she “might be dead or in a vegetative state” if doctors and gardaí had not intervened to get her away from Kane. She encouraged victims of domestic violence to seek help from services such as Women’s Aid and said they would be heard.

Speaking on the steps of the courthouse, Supt Murphy thanked the woman for “telling your story in the manner you did”.

He told other victims of domestic abuse and coercive control that what was happening to them “is not your fault”. He said that if they came forward “we will believe you the way we believed the lady in this case”.

Supt Murphy said the woman had been informed of the sentence and that his understanding was that “she is pleased with the outcome”.

If you are affected by any issues raised in this report,Women’s Aid provide support on their 24-hour National Freephone Helpline at 1800 341 900

Safe Ireland outlines a number of local services and helplines at https://www.safeireland.ie/get-help/where-to-find-help/