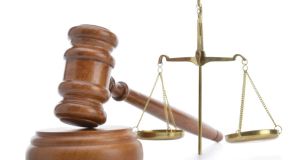 Fitzgerald, who has no previous convictions, has been remanded on bail to April 22nd for sentencing

A man (23) has been found guilty of dangerous driving leading to the death of a cyclist near Killarney almost three years ago.

The jury delivered a unanimous verdict after three hours of deliberation at the end of a four-week trial at the Circuit Criminal Court in Tralee.

Mr O’Leary’s body was discovered eight hours after an incident involving a vehicle. The vehicle, identified as a dark grey Toyota Land Cruiser, has never been found.

Fitzgerald left the country for the UK the day after the incident and afterwards went to Australia. He was arrested in London in early 2014 on foot of a European arrest warrant.

When questioned in 2013 by federal agents in south western Australia, where he worked in the concrete industry, he said he sold his Land Cruiser in the UK and used the money to fund his trip to Australia.

Federal agent David Blockley, who gave evidence at the trial in Tralee, said Fitzgerald told him it was “immaculate” when he sold it.

Three-and-a-quarter hours of CCTV footage was shown to the jury, depicting Fitzgerald drinking in late-night bars and a residents’ bar of a hotel before driving on the morning of the collision.

Exhibits included the dead man’s broken bicycle and pieces of a grey bumper.

Fitzgerald, who has no previous convictions, has been remanded on bail to April 22nd for sentencing. The maximum sentence is 10 years.