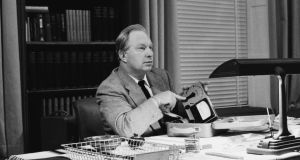 Allegations of intimidation and counter proceedings of alleged defamation involving existing and former members of the Church of Scientology linked for a single hearing by a judge.

At the Circuit Civil Court, Judge Jacqueline Linnane told Zabrina Collins and Michael O’Donnell, that injunctions restraining former members Peter Griffiths and John McGhee from assaulting, intimidating or interfering with them, would remain in place until a full trial of both cases.

Barrister Frank Beatty, told the pre-Christmas High Court hearing, that his clients Ms Collins and Mr O’Donnell had been constantly harassed and assaulted by Griffiths and McGhee.

“My clients are scared and frightened and they should be,” Mr Beatty told the High Court. He said Ms Collins had been intimidated by the two former church members as she had handed out anti-drugs leaflets outside the Church of Scientology premises in Middle Abbey Street, Dublin.

John Smith, who appeared with solicitor Cormac O’Callaigh for Griffiths, told the court his client denied the allegations against him. He said Mr McGhee represented himself.

When Judge Linnane advised all parties to engage in talks to avoid mounting legal costs, Mr McGhee said Ms Collins and Mr O’Donnell belonged to a sect which forbade them from having talks with people outside the church.

Mr Beatty said there was no basis for the suggestion. A date will be set later for the hearing.