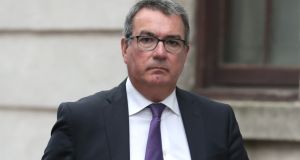 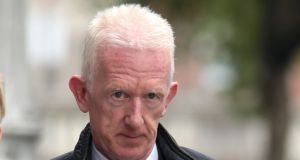 The former manager of Kilternan Cemetery Park tried “to extort extra money” from his employer in a bid to boost an exit package from his €100,000-a-year job, a court has heard.

Tim Crowley, a director and joint owner of Kilternan Cemetery Park Limited, told Judge John O’Connor in the Circuit Civil Court that general manager Paul Cullen had threatened to make a protected disclosure about purported planning breaches within the graveyard.

He made the allegation in legal proceedings in which Mr Cullen unsuccessfully sought an extension of time and an order allowing him to remain on the company payroll while he appealed what he described as his unfair dismissal because of his having made a protected disclosure.

Mr Cullen, of St Kevin’s Park, Stillorgan, Blackrock, Co Dublin, denied Mr Crowley’s contention and claimed the company had attempted to cloak his dismissal in the guise of the necessary redundancy of the position of general manager due to falling sales of places of rest.

Mr Crowley, of Cuana Bui, Brennanstown Vale, Dublin, told the court that during negotiations relating to an exit package requested by Mr Cullen following an extended sick leave, the general manager had threatened to “blow the whistle” about purported planning irregularities. According to Mr Crowley he had demanded “multiples” of the package on offer.

“I was not happy with being threatened and informed [him] that if he had a matter he wanted to raise he should do so and it would be looked into,” Mr Crowley stated in a sworn affidavit.

Mr Cullen had made a protected disclosure in relation to planning in a small area of the cemetery known as the Island Garden area where the ashes of deceased were interred.

Judge O’Connor heard the cemetery was opened in March 2016 and in 2019 it had become clear the company was not making as much profit as had been anticipated and sales of resting places and grave plots had been declining on a monthly basis.

Mr Cullen had employed his own consultants to consider planning issues relating to the Island Garden area where hundreds of ash burial graves had been occupied or sold for future use and might be in danger of flooding. His consultants stated the ash burial garden did not have the benefit of planning permission and he had subsequently made a protected disclosure in relation to “this planning irregularity”.

Judge O’Connor also heard that Mr Crowley had commissioned an expert report which had disagreed with Mr Cullen’s expert’s findings. Mr Cullen had told the court he had been dismissed with immediate effect on February 3rd last on the purported “bogus” grounds of redundancy and claimed Mr Crowley had earlier attempted to conceal the planning matter from his fellow directors in a bid to silence him on the issue. Mr Crowley allegedly had done so on the grounds his fellow directors would have decided to “tell Cullen to f**k off.”

Mr Cullen told the court that sales of burial plots in the cemetery had been boosted in 2018 by the publicity surrounding the interment in the cemetery of the remains of the former European Commissioner Peter Sutherland.

Mr Crowley said that while there had been “a short term boost,” sales in relation to that burial had accounted for a tiny fraction of overall sales.

Judge O’Connor said Mr Cullen had sought an extension of time because he had not brought within 21 days of dismissal on the basis he was awaiting the outcome of an application elsewhere for new employment and also the outcome of an internal company appeals process.

He said he was satisfied Mr Cullen had adequate legal advice regarding his position and his delay in legal proceedings had been considerable. The reasons he had put forward for not issuing his court case had not been sufficient.

The judge told barrister Ms MP Guinness, who appeared with Hayes Solicitors for Kilternan Cemetery Park Ltd, he was satisfied there were no substantial grounds for contending the dismissal had resulted wholly or mainly from the protected disclosure.

Judge O’Connor said Mr Cullen had used the protected disclosure in part as a means to enhance his negotiations for an exit package and he was entitled to do so.

Following the judgment Kilternan Cemetery Park issued a statement in which it said it was extremely proud of the world class facility it had developed and which had been “so well received by many bereaved families”.

1 Crowds gathering in Dublin city centre ‘ugly image’ for the capital, say vintners
2 Kanye West says he will run for US president in 2020
3 Covid-19: Travel restrictions to stay and 'green list' put on hold amid fears of second wave
4 Arson attack at home in Dundalk leaves five in hospital
5 Bobby Storey: The IRA's planner and enforcer who stayed in the shadows
Real news has value SUBSCRIBE