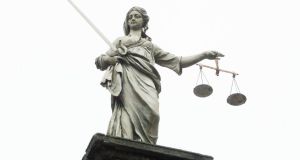 The State has withdrawn its case against a water meter installer accused of involvement in an alleged €9 million per year diesel laundering operation. File photograph: Alan Betson/The Irish Times

The State has withdrawn its case against a water meter installer accused of involvement in an alleged €9 million per year diesel laundering operation.

Company director Paul Haughey (35) was charged in the District Court last year with removing or attempting to remove a prescribed marker from a mineral oil without the consent of the Revenue Commissioners.

The offence, under the Finance Act, was alleged to have happened on September 1st, 2011 at Corragarry, Castleblayney, Co Monaghan.

A garda alleged at his bail hearing that Mr Haughey, of Dundrum Road, Tassagh, Co Armagh was caught “red-handed” standing on a tanker containing 30,000 litres of diesel, with a potential loss to the exchequer of €15,000.

Gardaí­ alleged the yard had a capacity to produce 18 million litres of fuel per annum, with a total possible loss to the exchequer of €9 million.

The offence carried a maximum fine of €10,000 and a sentence of five-years in prison on conviction.

Today at Dublin Circuit Criminal Court counsel for the Director of Public Prosecutions (DPP) said she was not proceeding with the case and was applying to strike out the charge.

Judge Patricia Ryan agreed to strike out the charge and adjourned the matter until April 24th next, when an application for costs will be heard. No reason was given for the strike-out.

A District Court judge had previously deferred a decision on granting legal aid to Mr Haughey after hearing his firm had a three-year contract with Dublin City Council installing water meters in the capital.