Brian Rattigan a notorious criminal despite many years in prison 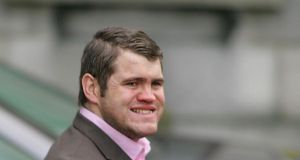 On Thursday, Brian Rattigan was jailed for nine years at the Central Criminal Court for manslaughter. It comes 10 years after he went on trial for the murder of his former friend, Declan Gavin. File photograph: Collins Courts

This was “the first time” Dublin criminal Brian Rattigan had “put his hand up” for the killing of 21-year-old Declan Gavin, Chief Supt Brian Sutton said outside the Central Criminal Court on Thursday.

The 2001 killing of Gavin outside an Abrakebabra fast-food restaurant on Crumlin Road, Dublin was the first in the Crumlin-Drimnagh feud, which claimed 16 lives over the following decade.

On Thursday, Rattigan was jailed for nine years at the Central Criminal Court for manslaughter. It comes 10 years after he went on trial for the murder of his former friend.

Rattigan is serving time in Portlaoise Prison for other offences. The section where his cell is located is reserved for the most dangerous gangland criminals in the country.

Despite the high profiles of many of the men around him, Rattigan remains one of the most notorious. That he has “achieved” such a status, despite spending almost all of his adult life in prison, speaks volumes.

Rattigan, formerly of Cooley Road in Drimnagh, pleaded guilty last October to Gavin’s manslaughter. Rattigan had gone on trial for Gavin’s murder twice in 2009. The first jury could not reach a verdict, but a second jury convicted him. However, that conviction was successfully appealed in 2017.

Prosecuting counsel Pauline Walley SC said at the sentence hearing last December that the Director of Public Prosecutions had accepted a plea to manslaughter from Rattigan as the case’s “frailties” were likely to render the success of another murder trial “questionable”.

Chief Supt Sutton said on Thursday that the scope of the investigation was difficult because of “reluctant witnesses”, some of whom had to be arrested and brought before the court.

Rattigan was the leader of one of two gangs which engaged in what became known as the Crumlin-Drimnagh feud. Gavin’s killing was the first in that feud.

The two factions involved had previously worked together in the drug-dealing trade. However, in March 2000, gardaí raided a hotel room and found almost 50,000 ecstasy tablets and 2kg of cocaine.

Gavin had been one of three men mixing the drugs in the hotel room, but he was not present when gardaí arrived. The other men were charged and convicted, leading to allegations that Gavin was an informer.

The group split into two factions. One side formed around Gavin and another man. The opposing faction formed around Drimnagh brothers Joseph and Brian Rattigan.

The faction opposing the Rattigans would prevail in the long run. Its leading members are now linked to the Dublin-based section of the Kinahan cartel.

In the early days of the Crumlin-Drimnagh dispute, Brian Rattigan was wounded in the stomach in a gun attack. He escaped the gunman by jumping through an upstairs window at his home in 2002.

In July of the same year, his brother Joseph Rattigan (18) was shot dead.

By February of 2003, Brian Rattigan was in prison. He was on bail in relation to a series of violent offences and drug crime, but this was revoked in February 2003 when he offended again. He fired shots at a Garda car during a high-speed chase in Inchicore.

Not long after going to prison in 2003, the first of the many charges outstanding against him went to trial, resulting in a six-year term for drug-dealing. Soon after, Rattigan was jailed for three years for his role in a group attack on a taxi driver in Dublin city centre in April 2000.

Rattigan has used smuggled phones in jail to continue directing organised crime, despite being on the gangland landing in the State’s only maximum security prison.

In June, 2008, he was linked to a €1 million drug seizure in Dublin. In 2013, he was convicted of directing that drug deal from his prison cell and jailed for 17 years.

Rattigan had been due for release in November 2019 – but on Thursday was sentenced to nine years in jail.