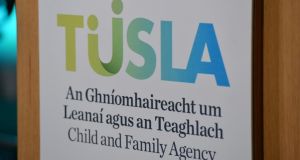 A solicitor for the Child and Family Agency said the boy wanted contact with the foster mother, with whom he had lived for most of his life, but child protection notifications had been sent to gardaí and “might colour the relationship” with her. Photograph: Alan Betson

Gardaí have been notified and a child in care has been moved after alleged emotional neglect and abuse by his foster carers, the Dublin District Family Court was told yesterday.

The court had heard the young boy, who had been with the foster carers for more than seven years, had no allocated social worker assigned to him for a number of years.

Details of the boy’s treatment were not opened to the court, but at a previous hearing the judge was told there was clear evidence he had been subjected to abusive treatment that amounted to emotional abuse in the foster family.

The foster carers did not celebrate the boy’s birthday and when they heard he would not be staying with them they dismantled his bed the night before he was due to move.

A solicitor for the Child and Family Agency said the boy wanted contact with the foster mother, with whom he had lived for most of his life, but child protection notifications had been sent to gardaí and “might colour the relationship” with her.

He also said the foster mother said she would prefer to wait until the boy was fully settled in his new placement before any contact took place, though she had spoken to him on the phone.

Judge Ní Chulacháin said the case should be reviewed again next March or relisted before then if the boy’s child-in-care review did not happen or if the long-term matching procedure did not go ahead with his current foster parents.

In a separate case, the judge said issues that had prevented a young girl in care from attending Irish dancing classes must be resolved.

The court heard the girl had moved placement to a rural area after being with a relative carer for three years. Her three siblings were also in care.

The girl had been very distressed by the move and was self-harming. On one occasion she had tried to suffocate herself and gardaí were called. She was also aggressive toward her new foster parents and towards the sibling with whom she had been placed.

Judge Ní Chulacháin extended the interim care order for the girl and her siblings and said the Irish-dancing matter must be resolved urgently. “She is in crisis and this could help her,” the judge said.