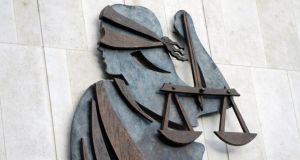 Mr Justice Michael Peart said it was “a tragedy” that Amy Rose McGowan did not get to the Special Olympics and it was a pity her running career had been cut short.

A young woman whose hopes of competing in the Special Olympics were dashed when a fracture to her knee was missed by a hospital has settled her action against the HSE for €142,000.

Mr Justice Michael Peart said it was “a tragedy” that Amy Rose McGowan did not get to the Special Olympics and it was a pity her running career had been cut short.

Ms McGowan, the court heard, had been training for and hoped to compete in the Special Olympics in Athens when she fell and hurt her knee during a 50 metre sprint race in May 2009.

Her counsel Dr John O’Mahony SC said it was “a very sad case” about “a beautiful young woman who has an intellectual impairment”. Ms McGowan had won 34 medals and 10 trophies in athletics and swimming before the incident.

Ms McGowan (31), Manorlands, Trim, Co Meath, had through her mother Colette McGowan sued the HSE arising from her care, diagnosis and treatment in the emergency department of Our Lady’s Hospital, Navan, Co Meath, on May 8th, 2009.

It was claimed there was a failure to interpret the x-rays of Amy Rose’s knee which demonstrated a depressed fracture to her knee or to diagnose she had suffered such a fracture. It was further claimed the hospital interpreted and reported the x-rays as not revealing any abnormality.

The case was before the court for assessment of damages only because liability was conceded.

Earlier, outlining the case, Dr O’Mahony said Ms McGowan was halfway through a sprint race in Navan when the incident occurred and she fell on her left knee. She was brought to Our Lady’s Hospital, Navan, where the knee was strapped and a diagnosis of a soft tissue injury was made but the depressed fracture was missed.

A few months later, Ms McGowan went to her GP because she had pain. While the fracture was discovered, it was beyond the time for operative or corrective intervention and Ms McGowan will need two, perhaps three, knee replacement operations in the future, he said.

Before the incident, her prospects of qualifying for the Special Olympics were good, he said.

Approving the settlement, Mr Justice Peart invited Ms McGowan to show her medals to the court and and said he was “very impressed and full of admiration” for her.

He hoped she could put the incident behind her and have a happy life with her family, the judge added.