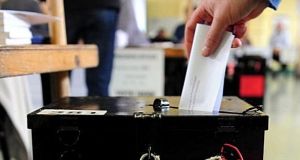 A conditional stay on the result being formally certified applies until August 17th to facilitate any further appeal to the Supreme Court by Diarmuid McConville.

A Co Leitrim man has lost his appeal aimed at allowing him challenge the Yes result of the abortion referendum. It was rejected by three judges of the Court of Appeal.

A conditional stay on the result being formally certified applies until August 17th to facilitate any further appeal to the Supreme Court by Diarmuid McConville.

Mr McConville, from Dromahair, had appealed against the High Court’s refusal to allow him be substituted for Ciarán Tracey, a retired public servant of Leitrim village, after Mr Tracey last month withdrew his application for leave to bring a petition.

He maintained the Referendum Act provided for such substitution and this was a matter “of national importance”. He said he was a supporter of Mr Tracey’s and the latter had withdrawn his petition due to fears about being pursued for legal costs by the State and Referendum Commission if he proceeded with it.