Accused closed account days before deaths of woman and daughter 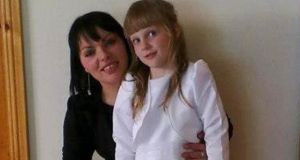 Jolanta Lubiene (27) and her daughter Erika (8), who were murdered in their home in Killorglin.

The man accused of murdering a mother and daughter in Co Kerry last year closed his credit union account days before their deaths and said he was “going home”, a court heard today.

Aurimas Andruska (27), of Ardmoniel Heights, Killorglin, has denied and pleaded not guilty to the murders of Jolanta Lubiene(27) and her daughter Enrika (8) at 9 Langford Downs, Killorglin, on a date unknown between June 15th and June 17th, 2013.

The trial heard from Sinéad McCarthy, a clerk at Killorglin Credit Union.

She said that on Friday, 14th June, the accused requested to withdraw €10 from his credit union account where he had a total of €10.68.

The trial also heard from Marius Lubys, the husband of Jolanta and father of Enrika.

It heard the family had been involved in an accident three years ago and Enrika had received €52,000 in compensation, which could not be accessed until she was 18, while Jolanta had received €13,000.

Enrika’s money was held in trust until she reached 18 while the €13,000 was used to pay off a bank loan, Mr Lubys said.

Cross-examined by Brendan Grehan, SC, for the defence, it was put it to him that when a person under 18 died, “circumstances change” and it was the next of kin who got the money and Mr Lubys answered “perhaps”.

Mr Grehan asked him if he had rung his solicitor on June 18th asking about accessing the compensation money.

Mr Lubys answered (through an interpreter) that was “not entirely” what occurred: “I asked him what’s the possibility . . . the situation with the money because we had to bring back the bodies.”

He denied there had been talk about divorce in 2013.