Councillor at centre of Lissadell row says he has clear conscience 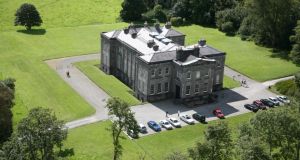 Sligo councillors have voted to have a special meeting to discuss the fallout of the Lissadell House rights of way court case.

The Sligo county councillor at the centre of the Lissadell rights of way controversy told colleagues yesterday that his conscience was clear, as councillors voted to have a special meeting to discuss the fallout.

As the council braces itself for a huge legal bill arising out of the High Court and Supreme Court proceedings, there was much recrimination yesterday with councillors demanding access to the legal advice the local authority had received.

Standing orders were suspended to allow discussion of a motion from Labour councillor Jim McGarry’s calling on management to explain why the case was proceeded with. Mr McGarry got unanimous support when he also called for a full report from management on how it intends to fund “the substantial costs associated with being on the losing side in this court case”.

He said that since April 2009 he had repeatedly asked for access to the council’s legal advice. His requests were refused but he was assured the council had a strong prima facie case. Five years on and he was still asking to see the legal opinion.

Acting county manager Dorothy Clarke said the legal advice could not be made available until the legal costs have been finalised by the Supreme Court.

The issue was discussed on the same day as councillors considered the local government auditors’ report for 2012, showing that the council’s debts reached €94 million last year.

Mr McGarry criticised councillor Joe Leonard who had tabled the original motion relating to rights of way, accusing him and the then county manager Hubert Kearns of approaching the position recklessly. “I would put it to you councillor Leonard that you would not bet the farm on a case such as this, unless you had researched the matter and sought legal opinion from your own solicitor.”

Mr Leonard said he was reserving his position until the costs issue was decided. “My conscience is clear,” he said, adding that the issue of rights of way was a community issue.