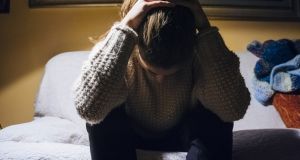 An evaluation of the Tabor Group in Cork found the treatment, known by some users as “the hot seat”, was counterproductive and led to increased relapse and drop-out rates. Photograph: E+/Getty

An addiction charity has agreed to stop using a controversial treatment method where addicts are verbally abused and insulted by counsellors.

An evaluation of the Tabor Group in Cork found the treatment, known by some users as “the hot seat”, was counterproductive and led to increased relapse and drop-out rates.

The Tabor Group began in Cork in 1989 when the Sisters of Mercy opened Tabor Lodge in the village of Belgooly. It primarily treated alcoholics using a “tough love” abstinence-focused treatment style known as the Minnesota Model, based on the Alcoholics Anonymous Twelve-Step Programme.

The charity later opened two other step-down treatment centres in Cork. It now treats many forms of addiction including drugs, gambling and food. Over 200 clients pass through Tabor Lodge, its primary treatment centre, yearly.

Clients pay up to €6,160 for a 28-day residential programme in Tabor Lodge, although some get grants from the HSE to cover part of the cost. The Government also provides funding directly to the charity.

Last year , the group and the HSE asked academics at Trinity College Dublin to conduct an evaluation of its work and identify areas in need of reform. The report, which was published last month, recommends the abolition of “the hot seat”.

It also noted studies stating there is no scientific evidence to support its efficacy. “And furthermore, there are numerous studies citing the harmful effects, particularly in vulnerable individuals.”

The evaluation, which was mostly based on interviews with staff and clients, was carried out by Prof Joe Barry and Dr Jo-Hanna Ivers of Trinity’s Institute of Population Health.

One addict in Tabor described one “horrible” confrontational session which lasted three hours and left them “hysterical”. Another described being “called names” by counsellors. “I don’t think they understand or have enough training in it. It’s not helpful to people who struggle with it, I think,” they said.

I was sitting there going ‘oh my God, what have I walked into?

“The hot seats I think are the worst. They, like, there could be two or three counsellors there and they’re, like, saying things to you like you’re a nasty person, you’re not going to do this, you’re going to end up – all this stuff, really horrible, and then they get the group to come at you as well and say things to you and you just have to sit there and take it,” one user told the authors of the evaluation.

“There’s no need to try and crush somebody and it’s not beneficial,” said another.

Tabor staff members also acknowledged the difficulties with the confrontational approach, especially when it’s used on vulnerable or traumatised addicts. One said it causes clients to drop out early, “and usually the people that leave earlier are the people that most need it”.

The confrontational approach is designed to help clients who are in denial to see the full consequences of their addiction, Tabor’s clinical director Mick Devine told The Irish Times. “People can find that uncomfortable.”

Mr Devine said the group is looking at the use of confrontation across its services.

He said the “hot seat” is a term used by clients and is not used by counsellors. “But we are very determined to ensure there is nothing we are doing that could be construed as hot-seating people.”

The report outlined several other areas in need of reform which the group has undertaken to address. It recommended the 28-day Tabor Lodge Programme should be extended on a case-by-case basis, and the transition from primary treatment to secondary treatment should be smoother.

The report also commended several aspects of the organisation’s treatment methods including its focus on family counselling.

“Tabor Group are to be commended for opening their service to external scrutiny and evaluation. Tabor Group has a good reputation and is a very important part of Ireland’s response to addiction, promoting and enabling recovery,” it concluded.