Corbet ‘saw red’ when Aoife Phelan told him of pregnancy 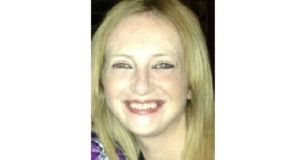 Robert Corbet told the court today that Aoife Phelan had been speaking quite aggressively and in a very harsh tone before he attacked her.

A 25-year-old Laois man has told his murder trial he would have said anything to get his Garda interviews finished when he described the woman he killed as “a complication”.

Robert Corbet was being cross examined by the State at the Central Criminal Court, where he is on trial charged with murdering the 30-year-old nanny.

He said he lost self control and couldn’t stop gripping Aoife Phelan around her neck after she threatened to ruin his life.

Mr Corbet of Capoley, Sheffield Cross, Co Laois has pleaded not guilty to murdering Ms Phelan at Capoley. However he has admitted her manslaughter between October 25th and November 7th, when gardai found her body in a barrel buried there.

The trial has heard they had met a few months earlier and she had soon told him that she was pregnant with his child. He had his doubts and an autopsy has shown she had never been pregnant.

Mr Corbet testified today that he was in his garage with Ms Phelan on the evening of October 25th.

“I asked her straight out about the pregnancy and an argument broke out,” he said.

“I said I was entitled to ask questions like this if I was the so-called father,” he continued. “She started making threats that she’d ruin my life and my business if I didn’t face up to what would be a pregnancy.”

He said she was referring to the haulage business his late father had built.

He said Ms Phelan was speaking quite aggressively and in a very harsh tone.

“It was like a protective instinct went off in me,” he continued. “To hear someone threaten everything you worked for, everything you are, I just snapped.”

He said he caught her around her neck with his right forearm, they fell to the ground and he kept his grip.

“I released it at one stage. I hit her on the back of her head and then I resumed my grip around her neck. I don’t know how long for,” he said.

His barrister, Conor Devally SC, asked him what his state of mind was at this stage.

“Very surreal,” he replied. “It felt like an out-of-body experience. I was watching this unfold,” he said.

“It was a loss of self control. I just couldn’t stop,” he added.

He said he added his left hand to his right hand and had applied a lot of force.

He said he was 6 feet four inches and had weighed 18.5 stone at the time, while Ms Phelan was slight and petite.

He said he had stood up and rolled her over before putting his hands around her neck for a second time.

“I just couldn’t stop,” he said. “After that, I placed the plastic bag around her head.”

He said he believed she was dead at that stage and didn’t know what was in his head.

He was asked why he had done these things.

“I felt the anger start to boil back up in me. I couldn’t look at her anymore,” he said.

He said he then saw a barrel in the corner of the shed.

“All I wanted to do was run in and get my mother or brother to ask for help,” he said. “I couldn’t bring myself to do it. I couldn’t believe what was after happening.”

He said he dropped her into the barrel.

“I just panicked,” he said of hiding her body.

“I just can’t believe I’ve done this,” he added, rubbing his eyes. “I’d never expereienced anger like that before.”

He later rolled the barrell into a pit on his property and asked unsuspecting friends to fill it in while he flew to New York to visit his ex-girlfriend.

Under cross-examination by the State, he said he was suicidal when he was being interviewed by gardai.

He agreed with gardai that Ms Phelan had been a complication and a barrier to him getting back with his ex.

“My head was absolutely fried in those interviews and I would have agreed with anything to get them finished,” he said.

Prosecutor Isobel Kennedy SC noted that he had been deemed fit for interview by a doctor.

Ms Kennedy put it to him that he had not been provoked by Ms Phelan when he killed her.

“The threats caused me to snap,” he replied.

“You did not lose self control. Your actions were of a person acting in a calculated way,” she suggested.

He insisted that he had lost self control.

The trial continues before Mr Justice Garrett Sheehan and a jury of nine men and three women.