Belfast man to serve minimum of 12 years for ‘brutal’ murder 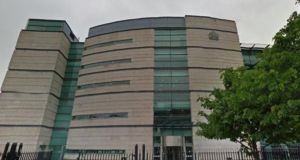 An east Belfast man has been told he will spend a minimum of 12 years in prison for the “brutal and senseless” murder of a father of four.

Speaking after the 12-year sentence was imposed on his killer, Alan Irvine, at Belfast Crown Court, Mr Gray’s family said that, while they now have “closure and justice”, this could “never compensate” for their loved one’s life.

Irvine (31), from Rosebery Gardens in Belfast, admitted murdering Mr Gray, who was left to die in his flat after being subjected to what Mr Justice Weir described as a “merciless and unjustified attack” on a man who, due to his intoxication, was unable to defend himself.

During a hearing last week, the court heard that Irvine and a friend, who died of natural causes whilst in police custody following the murder, had been drinking in Mr Gray’s flat between August 28th and 30th, 2012.

As well as sustaining multiple injuries to his body, Mr Gray was also stabbed twice in the assault. Irvine was captured on CCTV placing an object into communal bins at the block of flats. When police later searched the bin as part of the murder investigation, the knife was retrieved and tested forensically, and both Mr Gray’s blood and Irvine’s DNA were present on the weapon.

It was determined that Mr Gray died from blunt force trauma to the head, neck and chest, and his lifeless body was found by his girlfriend on August 31st.

The court heard that in the aftermath of the murder, Irvine initially denied involvement and claimed he had left the flat and gone back to his mother Elizabeth’s house on August 29th – a claim that was at odds with CCTV footage.

The pair were arrested when police spoke to the now deceased friend, who was wearing what appeared to be blood-stained clothing.

Elizabeth Irvine, a wheelchair-bound 64-year old from Rosebery Gardens in Belfast, provided both a written and verbal alibi for her son. She also admitted that her son informed her he had beaten Mr Gray and before leaving his flat had checked to see if he was still breathing, and that she without reasonable excuse failed to give that information within a reasonable time to a constable.

During last week’s hearing, her behaviour was branded as “disgraceful and inexcusable” by Mr Justice Weir, who said that, despite knowing what her son had done, she covered up for him. The Judge handed her a two-year sentence, which was suspended for three years, telling the court: “If this lady had been in good health, I would not have hesitated to sent her to prison.

Saying “the circumstances surrounding this death were both brutal and senseless”, Mr Justice Weir spoke of the impact the murder has had on the Gray family circle who he said have been “very much affected” by his death.

Mr Justice Weir also spoke of the fact that Mr Gray was left to die after sustaining the fatal beating, and that Irvine didn’t call the emergency services but rather “set about trying to save” himself.

The Judge said this callous behaviour was “impossible to comprehend”.

The Judge said he accepted that Irvine had endured difficulties in his early life, and had a “serious problem” with both the misuse of alcohol and drugs. He also said he was giving Irvine “the benefit of doubt” that he didn’t intend to kill Mr Gray.

However, Mr Justice Weir told Irvine his behaviour was “revolting” and imposed a minimum 12-year sentence which will be served in full and without remission.