Analysis: Garda must abandon cultural fear of opening up 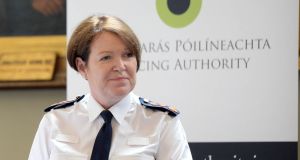 Garda Commissioner Nóirín O’Sullivan. The fact so many victims are still being kept in the dark about the crimes they were subjected to is a symptom of the force’s dysfunctional relationship with letting out information and letting in the light. Photograph: Eric Luke

Tucked away in the blizzard of statistics served up by Garda Headquarters at the publication of the public attitudes survey on Thursday were a couple of especially depressing nuggets.

Some 51 per cent of victims who reported crimes to the Garda said they were never given the offence’s Pulse database number – a code to track the progress of the investigation.

And 55 per cent of victims said they had not been given the names and contact details for victims’ help groups.

The fact the problem has lingered into what is supposed to be a new and more open regime for the Garda is disappointing. This is especially so for the victims sitting at home wondering if the crime they were subjected to and then had the courage to report has even been entered into the Garda computer – let alone been investigated.

But the fact so many victims are still being kept in the dark is a symptom of the force’s dysfunctional relationship with letting out information and letting in the light.

It was interesting to see that when the Policing Authority issued a scathing statement last month on the Garda – or rather Garda management – that the failure of the force to share information was at the centre of it.

The authority ordered Garda Headquarters to publish the public attitudes survey which it finally got around to releasing on Thursday. Senior officers had been constantly selectively referring to it as proof that the force still had public support, but the force was refusing to publish the whole thing.

The authority also urged Garda management to comment publicly on the issues raised by the O’Higgins report, saying the failure to respond was causing unease and was in danger of undoing good front-line work.

And in identifying that the sharing of basic information is a problem for the Garda and that the force is going to have to be pushed every inch of the way in that regard; the authority appears to have got the measure of it very quickly.

The Garda is an organisation that has the most saleable commodity in the country: cops catching robbers. But it is afraid to talk about its successes and so the only conversation we have heard about the force for the last five years or so has been negative.

The Garda simply must become more open and willing to engage – with victims, the media, the public, whistleblowers and oversight mechanisms – or remain under siege.