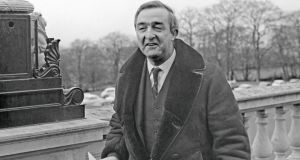 Much has been written recently of Desmond Boal, the former unionist politician, but perhaps a little more can be said of the complexity of this fascinating man who was one of the greatest Irish trial lawyers since Edward Carson.

Desmond’s courtroom skills were legendary and he applied them indiscriminately for clients of all persuasions to ensure that the rule of law applied for the benefit of all. I had the privilege of working with him in many cases and witnessed him cross-examine several ‘supergrass’ witnesses for days on end without once looking at a note. These were cases with upwards of 30 defendants at a time and covering countless incidents of serious crime.

When asked by one judge when he might finish, he replied that he would conclude his cross-examination on a certain day by lunchtime. When the day came, he asked his last question and sat down just as the second hand of the courtroom clock struck 1pm.

He had a wicked sense of humour, which enlightened some very dark times for the legal profession, famously untying the shoe laces of a colleague while on his feet addressing a court and retying the shoes together so that he would fall over if he moved an inch.

Des was also a man of deep intellect with a thirst for knowledge of other cultures that took him to remote parts of the world, from the Amazon jungle to Tibetan monasteries where he spent many weeks in contemplation. Yet this was a man who had an uncanny ability to relate to the most ordinary of people.

Although a long-time resident of Holywood, just north of Belfast, he lived for many years in a remote part of south Down, at St John’s Point by the lighthouse.

He also harboured a great love of the landscape and people of Co Donegal where he once rebuilt a stone cottage in the Blue Stack Mountains.

During long trials, he would decamp to Belfast’s Europa Hotel where he sometimes horrified the management by inviting the occasional homeless person in for a slap-up meal. Indeed, others who fell on hard times were the recipients of Desmond’s humanity and generosity.

In this I must declare an interest for Desmond, although 32 years my senior, was a great friend whose loss is deeply felt. He saw in me a young lawyer who was inspired by his own love of advocacy and commitment to the common law.

When the family of a Royal Irish Ranger, facing serious criminal charges in Germany, asked me to represent their son, he encouraged me to take the case and present it myself.

When it emerged that the young soldier had a rare form of epilepsy and that his only option was a medically and legally complex psychiatric defence, Desmond cleared his busy lists and travelled with me to Germany where we spent a week, successfully as it turned out, defending the soldier before a military court martial. He never once raised the issue of fees.

My father was buried in west Donegal on Christmas Eve 20 years ago. As the crowd dispersed from Magheragallon cemetery in the fading light, I noticed a lone figure standing in the distance. It was Desmond, who had travelled alone to see his friend through to the end.

When I was interviewed by this newspaper shortly after my appointment, I mentioned Desmond as one of my great heroes. Not once during our many meetings did Desmond mention the article, to the point that I was sure he was displeased or hadn’t seen it. I learned later, however, through a mutual acquaintance, that Desmond had not only seen it but so pleased was he with the article that he brought a copy of it with him when the two had last met.

So even though Desmond had left strict instructions that there were to be no eulogies after his demise, I trust he will forgive me for writing this piece. I for one will miss his company and his wisdom greatly.

As a former contributor to this paper might have said, “… there will never be his likes again”. Desmond Boal QC, who was born in Co Derry in 1929, was a barrister and one of the founders of the Democratic Unionist Party. He died on April 22nd