In 2016 Revenue applied charges to more than 70,000 packages adding an average €33 in tax per parcel 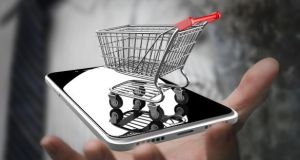 ‘Alcohol or tobacco products bought online or by mail order are liable to tax and duty on arrival in the State’, says Revenue.

Christmas shoppers have been warned they may face a heavier bill than expected if they import goods thinking they are getting a bargain.

The Revenue Commissioners warned people to be wary of offers for products that may attract tax and duty on their arrival in Ireland.

“Some deals really are just too good to be true, and what looks like an attractive offer can ultimately be an expensive or even a dangerous, mistake,” a spokeswoman said.

Revenue said that whether purchases originate outside the EU or in another EU member state, online shopping can have tax and duty implications, and shoppers may be liable for tax and duty on online purchases when their goods arrive.

All goods from non-EU member states are liable to tax and duty on arrival here.

Last year, Revenue officers in postal depots across the State applied charges to more than 70,000 parcels, adding an average €33 in tax and duty per parcel.

“Alcohol or tobacco products bought online or by mail order are liable to tax and duty on arrival in the State, whether they originate in another EU member state, or outside the EU,” Revenue said.

“A case of wine for sale online at €60 might look like a great deal. However, if the price is low, tax and duty have probably not been paid and Revenue may seize the wine on arrival. You are liable for the tax and duty. Excise duty and VAT on an average case of 12 bottles of wine originating in another EU country will add more than €60 bringing the price you actually pay to over €120.”

The tax authority also issued a warning that counterfeit goods are illegal and may be dangerous.

“The counterfeit trade operates in the shadow economy evading tax, translating into lost revenue for legitimate businesses and their employees, loss of jobs, and often funding organised criminal gangs.”

It said there were no health and safety standards in the counterfeit business, so fake products were “often unsafe, or even dangerous”.

“It’s very unlikely that a seller who trades in fake goods will refund your loss. In short, the advice is to be careful – if a deal looks too good to be true, it probably is,” the Revenue spokeswoman said.