The controversial McDonald's advert which approaches the subject of child bereavement. Video: McDonald's 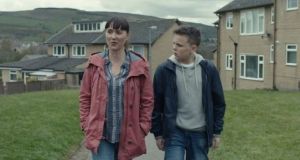 McDonald’s has apologised for “any upset” caused by its new British television advert, which a charity said exploits child bereavement.

The ad first screened on May 12th and shows a boy talking with his mother about his late father and wondering what he had in common with him.

He is then shown sitting in one of the fast food giant’s restaurants with his mother, where she reveals that they shared a love of the same burger, a Filet-o-Fish, with the mother saying: “That was your dad’s favourite too.”

The ad has received criticism on social media, and bereavement charity Grief Encounter said it had received “countless calls” from parents of bereaved children saying it had caused them upset.

A McDonald’s spokeswoman said: “We wanted to highlight the role McDonald’s has played in our customers’ everyday lives - both in good and difficult times.

“We apologise for any upset this advert has caused. This was by no means an intention of ours.”

The campaign, from London-based advertising agency Leo Burnett, is scheduled to run for seven weeks.

Dr Shelley Gilbert, founder and president of Grief Encounter, said: “McDonald’s have attempted to speak to their audience via an emotionally-driven TV campaign.

“However, what they have done is exploit childhood bereavement as a way to connect with young people and surviving parents alike - unsuccessfully.

“We fully support children and surviving parents remembering loved ones with memory boxes, family experiences which remind them of happier times and openly talking about the member of the family that has died.

“But trying to insinuate that a brand can cure all ills with one meal is insensitive and shouldn’t be a way to show that a brand recognises ‘the big moments in life’.”

The UK Advertising Standards Authority (ASA) said it had received about 100 complaints regarding the advert as of yesterday, from viewers who thought it was inappropriate and insensitive to use bereavement and grief to sell fast food, with some referencing the proximity of the campaign to Father’s Day.

A spokeswoman said: “We’re carefully assessing the complaints, but no decision has been reached on whether there are grounds to launch an investigation.”

One in 29 children in the UK is bereaved of a parent or sibling by the age of 16, according to Grief Encounter.

1 Close cafes, restaurants, pubs and cancel all sporting events: NPHET calls for restrictions for Midlands
2 Officials refuse to rule out ‘Midlands lockdown’ following Covid-19 surge
3 Second Midlands GAA club shuts down activity after outbreak among players
4 Ireland's 'R number' of almost 2 a 'serious concern' as number of new cases jumps
5 Masks Q&A: Who has to wear them in shops and what happens if you don’t?
Real news has value SUBSCRIBE