Gender spender: the rising costs of being a man

How to be a Man: Women pay more for products aimed at them, but men are fast catching up 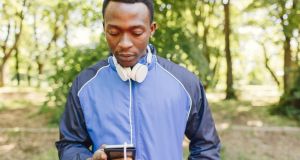 We know we’re generalising here, but men tend to spend a lot more on gadgets than women.

It is not news that it costs less to be a man than a woman. We highlighted that incontrovertible fact late last year on this very page. And – in a much more comprehensive report published around the same time – New York’s Department of Consumer Affairs found all sorts of price discrepancies between products aimed at both men and women, with some largely identical items costing almost 50 per cent more when women were the target.

While New York didn’t put a price on just how much more women have to spend each year simply because they are women, the state of California did – albeit two decades earlier. It studied the issue of gender-based pricing of services and estimated that women effectively paid an annual “gender tax” of approximately $1,351 for the same services as men.

But spare a thought for the 21st century man. It is not all plain sailing for him and it costs much more to be a man today than at any point in history. Even as recently as 30 years ago men in this country could get away with wearing the same pair of flared Farah slacks for months on end with little more than a passing nod to trends, and we were only really expected to wash once a week.

There were no high-end hair gels or high-priced gyms to be dealing with and the only moisturiser that ever came close to an Irishman’s face was rain. But it’s all change now and the cost of grooming, keeping fit and staying on top of all the hipster-fuelled trends in food, drink and fashion is neither easy nor cheap.

1 Go into any supermarket and the array of shaving-related products aimed at the man of the moment will make your head spin. There are gels, foams and oils promising to deliver the closest of shaves, and more than a dozen different types of razor, many of which – confusingly – claim to be the best a man can get. In our local Tesco last week there were 51 different razor options available, with prices ranging from almost €40 – for a Gillette Fusion Proglide Power Razor with eight blades – to just 59 cent for a five-pack of Everyday Value disposable razors from Tesco. According to Gillette you should get six weeks out of each blade, which means the more expensive pack will keep you smooth for the guts of a year. You could use a brand new Tesco Value blade every day for a whole year and it would still work out cheaper than the Gillette option. It woudn’t be great for the environment, however, or your skin.

2 The world of personal hygiene and grooming has got a lot trickier – and expensive. Men can no longer get away with a quick shave with a disposable Bic. Because of the expectations set by successful athletes, actors and musicians with their spray tans, hairless torsos and perfect skin, men have to spend more than they used to. Were you to get your back and chest waxed you’d have little change out of €100, while a fake tan spray will cost about €20 – or so we are told. And while we’re on the topic of OTT grooming for men, who put the man in manicure?

3 The proliferation of barbers in Ireland over the past two years is remarkable. And we’re not talking about the barbers of yore which would give you a sensible haircut for tuppence – probably – and send you off to Mass with a spring in your step. We checked the prices at Sam’s Barbers in Dublin. A wash, cut and style cost €30, while a wash, cut and beard trim cost €40. Now Pricewatch is the first to admit that it is no expert when it comes to hair-cutting and the like, but prices like this seem a whole lot higher than they were when we were a lad.

4 We know we’re generalising here, but men tend to be more enamoured with gadgets than women, and more often than not it is men that are to be seen walking the streets with high-priced headphones encasing their heads. These things are not cheap. You can easily spend more €400 on a set of Bose wireless headphones – and with Apple moving to get rid of the humble headphone jack you’d do well to invest in wireless. Headphones of yore were way cheaper – and, to be fair to Bose, way more useless.

5 Back in the day a man drank either Guinness, Harp or Smithwicks with the occasional oddball – and people from Cork – opting for Beamish and Murphy’s and sometimes Bass. Today it is all about craft beers from small breweries. And they always cost more. There are some pubs popular among the crafty set that think nothing of charging more than €7 for a bottle of beer.

6 As recently as the 1990s, the only gyms most Irish men had ever frequented were cavernous rooms at the back of their schools where they were sent for PE if it was lashing rain. They were populated by vaulting horses no one used, blue gym mats half eaten by rodents and sad and lonely stages which would only ever see any life during the three-day run of the school play. Sometimes they also played host to discos. Nowadays there are gyms in virtually every street corner where men and boys as young as 15 can be found “working out”. Prices vary depending on the services on offer – and a gym can cost as little as €30 a month or as much as €100. Many men keen on bulking up will add the price of protein shakes and vitamins and supplements to that.

7As dawn broke on St Stephen’s Day, 2015, Pricewatch found itself standing morosely beside a queue outside Arnott’s ahead of the start of its winter sale. What was striking about it was how many young men were standing in line. All of them were wearing expensive-looking trainers and puffa jackets and once the doors opened all of them raced to the racks and racks of discounted clobber and started assessing it with the shrewd eye of Gok Wan.

8 Coffee is not a gender-specific thing by any means, but in our experience the only people who bang on endlessly about the amazing coffee beans flown in from high up a Jamaican mountain and sold at a vastly inflated price by their local hipster coffee house are men. In the past the only coffee men drank – if they dared to stray a way from tea, was instant. And the only choice they had to make were between Nescafe and Maxwell House and powder and granules. It may have been vile but it was cheap.

9 Moisturisers? Seriously? Yes, it is most definitely a thing now. Boots has a vast range of own-brand moisturising creams aimed at men, and a small jar of its No 7 range can easily cost over €30. That is comparatively cheap, with some high-end moisturising products aimed at menfolk costing in excess of €100. Will it make you look like David Beckham or Brad Pitt? Probably not.

10 Again, we know we run the risk of stereotyping but it is men, generally speaking, who opt to pay through the nose to watch sport on the telly. This was not a thing even 25 years ago when sport on the telly was confined to endless hours of racing on Sports Stadium, Match of the Day, the FA Cup Final, the occasional European football game, Wimbledon, the Olympics and the Five Nations. Today a subscription to Sky Sports will cost hundreds of euro each year. You will get access to endless hours of sport, mind you. Whether or not you have time to watch it, with all the grooming carry-on, is a whole other question.

1 Unflappable ‘Dr Tony’ became public face of Covid-19 crisis response
2 Gardaí to start checking pubs to ensure Covid-19 guidelines being followed
3 Ireland’s official coronavirus death toll likely to have been overstated, report finds
4 Bobby Storey: The IRA's planner and enforcer who stayed in the shadows
5 Q&A: How close are we to having a Covid-19 vaccine?
Real news has value SUBSCRIBE