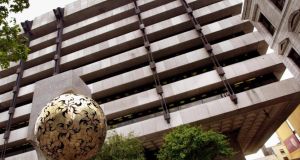 The Central Bank said there has been a small increase in the amount of money being lent by licenced money lenders.

The St Vincent de Paul has called on the Central Bank to publish how much money is being lent by licenced money lenders and the cost of credit involved.

The Central Bank has revealed that 300,000 people availed of money lenders during the boom period in 2007, the last time that a review of the sector was carried out.

The charity said there was no way of knowing how much money is being loaned at high interest rates by licenced money lenders as no figures are provided by the Central Bank. Borrowers are often reluctant to admit they use such services.

In a submission to the Central Bank, SvP said it was alarmed at the prevalence of money lenders because the interest rates they charged are least 23 per cent APR (annual percentage rate).

The majority of these are so-called “door-step cash credit” where loans are often arranged in the family home.

The other type of credit is “brochure or catalogue” credit for the purchase of items such as furniture, electrical goods, clothes and toys.

The SvP said it was a “contradiction in terms” to offer families below the poverty line interest rates of between 157.2 per cent to 187.2 per cent per annum.

SvP social justice co-ordinator Brendan Hennessy said money lenders are exploiting the fact that many borrowers do not pay attention to the interest rate.

The organisation has put forward a number of recommendations, including that no loan should be more than four times a person’s salary.

Only one loan per adult in a household should be permitted and there should be a minimum time delay between one loan and the next.

Furthermore, top-up loans should not be permitted.

The society has not recommended any specific interest rate ceiling because it disapproves of this form of credit .

The Central Bank’s head of consumer protection Bernard Sheridan said they had seen only a slight increase in the amount of money being lent by licenced money lenders in recent years.

Typical loans were from €400 to €500 to a couple of thousand euro, he told RTÉ’s Morning Ireland.

Mr Sheridan said a number of large firms in the UK and US had sought to get into the Irish market but had been refused entry because their cost of credit was too great.

The Central Bank is currently reviewing the sector.