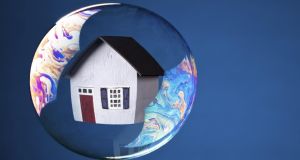 ‘What we have seen in Dublin in recent months isn’t a bubble. Yet. But by facilitating constrained supply we are doing everything to ensure we get there.’ Image: Thinkstock

Ireland’s property cycle is reliable, resilient and immensely destructive, and, if we have any interest in the welfare of future generations, we need to break it once and for all. History and time are not on our side however.

I have spent much of the past two years gathering information on long-range property cycles, along with Frank Quinn of the Blackrock Further Education Institute. We have been documenting the rise and fall of Dublin house prices from 1708, when deed registration began, to the present day. A pattern is emerging. Even in the 1700s large price swings were recorded. So boom and bust Irish-style is a 300-year-old habit.

Bubbles, by definition, are when market values are far removed from fundamental values. In property that is usually determined by rental yields and, on that basis, what we have seen in recent months isn’t a bubble. Yet. But by facilitating constrained supply we are doing everything to ensure we get there.

Many people are falling over themselves to assure us there is no bubble forming. They say credit is the missing ingredient. But there were rapid price rises and falls in the past before the mortgage market existed. Credit doesn’t have to be present for a bubble to blow up.

At its most basic, credit is about money flowing rapidly into a market but it can be replicated by foreign investment firms and cash buyers motivated by fiscal policy all piling in but not using loans to do it.

If cash buyers are some of the drivers of present prices – more than 50 per cent of sales now come from that source – then imagine the effect the return of credit could have. The credit cycle will return – and that could turn the home fire into a bonfire.

You can’t blame cash buyers. Deposit yields have fallen below 2 per cent, Dirt has been jacked up to 41 per cent. There’s a capital gains waiver if you hold the property for seven years. These have all served to create a “fiscal crack-pipe” few investors with money could resist.

Putting the brakes on rising prices will be unpopular, as so many interests are pleased by them. This is part of an unspoken and ongoing Irish class war, in which the middle class and upwards are always the victors. The State cannot countenance existing asset holders getting wiped out and replaced by upstarts, so it protects them financially, socially and legally.

So we have mortgage arrears, which international observers such as the International Monetary Fund and others can only scratch their heads at. We have more loans in arrears than the Russian federation, with its population of more than 140 million, and more than Spain, where the population is nearly 10 times ours and unemployment is more than double our own. Yet we have virtually no repossessions.

The losers in this are more diffuse and have no lobby group serving their interests. We see first-time buyers priced out. How is that fair, when someone living on the street they want to buy on is years in arrears and is allowed to stay put?

This is an intentional policy direction that serves the land-owning, voting public.

Rising property prices hurt workers and young families. Equally, keeping people in homes they can’t afford doesn’t create a sustainable or long-term affordable housing policy; it merely rewards those who entered the market at a certain time. One day, when interest rates rise and take the cost of tracker mortgages with them, we will have another crisis on our hands.

Increasing homelessness, rising rents, and a growing housing list – now about 100,000 people long – also hurts thousands of families. But has anybody bothered to ask anyone on the housing list what they make of all this? Or the homeless?

The solution is to swamp the market with supply. To do this we need to make the right to build on land you own implicit. Countries such as Germany, which have this in their constitution, have better outcomes. If a person wants to stop you building on your own land, then they should either buy it themselves or suffer the economic consequences of that decision some other way.

The era of “not in my backyard” must end, particularly where supply is most needed, such as south Dublin, where moneyed people decry higher-density development as if there were some unwritten contract to maintain neighbourhoods on an as-is basis in perpetuity.

The Germans and Swiss build more houses when prices go up, and it means better competition and larger, better insulated homes. Although they also experience the urban sprawl we are so often warned about here, their societies haven’t collapsed as a result. The Ruhr region in Germany has experienced extensive sprawl, for example, yet it’s also one of the most financially successful areas they have.

About 40 per cent of the price of a new home is taxes; it’s an exchequer’s dream product, but the tax man’s dream is a nightmare for new entrants, who must bear the higher costs over their working lives. Policy-makers should scrap every house-building-related tax they can.

The Government even managed to outsource its social housing costs on to the same home buyers in the form of the Part V contribution – effectively a 20 per cent tax on development – creating more cost in housing, which is then passed on.

That tax isn’t paid by existing homeowners, so we resolve a society-wide issue of social housing need by concentrating it on to the shoulders of new home buyers.

Markets can self-regulate in time, but often at a terrible cost, be it the boom of the 1780s or the 2000s. The victims of the fallout always suffer more than necessary. In the past, it often resulted in underinvestment and overcrowding.

We may still have time to break the cycle. If not, we will just repeat the same errors of the past 300 years once again.

Karl Deeter is a mortgage broker and financial analyst