Minister for Transport Paschal Donohoe responds after it emerged that peer-to-peer holiday rental site Airbnb had supplied Revenue with details of income generated by users in the Republic. 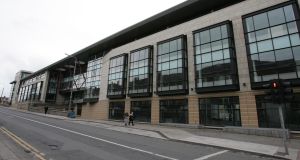 About 200 people who rent out properties using the online hospitality company Airbnb attended a meeting last night after it wrote to them informing them it would be passing their details to the Revenue Commissioners.

The firm contacted hosts in recent days telling them it would be supplying Revenue with details of income generated by users in the Republic going back to May 1st, 2014.

It will also give Revenue the dates when people first registered properties with the site, allowing it to assess if back taxes are outstanding.

Until early this year, many who registered with Airbnb did so believing the Government’s rent-a-room scheme allowing people to earn up to €12,000 tax-free a year applied to them.

But in February, Revenue made it clear that short-term lets to guests, “including where such accommodation is provided through online accommodation booking sites”, did not fall within the terms of tax relief.

The company said on Tuesday it would be actively seeking to assist any challenges to Revenue’s interpretation of the relevant tax legislation.

One person leaving the closed meeting at the company’ headquarters in Ringsend last night described it as “tense” and others said they felt they hadn’t received much information.

Security staff and public relations people were placed on the door of the premises in Ringsend and all Airbnb hosts who had pre-registered an interest in attending the meeting were given stickers to wear.

Some people were turned away because they had not pre-registered. A number said they were there seeking information on behalf of friends or family members acting as Airbnb hosts outside Dublin.

Most of those entering and leaving the meeting did not wish to be named. One woman who was turned away said she had come on behalf of her daughter, who was based in the west.

“People are struggling with children and she has a child at third level and is dealing with salary cuts and a pension levy,” the woman said.

“She was renting out a room but did not do it that often. They are saying she will have to pay 51 per cent tax now. She was only charging €25 per person or €35 for two people staying.”

Aisling Hassell of Airbnb said yesterday that host income had always been taxable income and that the company had always made that very clear to those renting out their properties.

Ms Hassell said Airbnb challenged Revenue’s clarification that the room-to-let tax relief scheme did not apply to its hosts and believed there were “grounds for that challenge”.

Asked if that meant going to court, Ms Hassell said: “It is challengeable in court. We’ll have to see what [the] next steps are.”

The Revenue Commissioners said in a statement the provision of short term lettings in itself was “not evidence of tax evasion”.

If a taxpayer makes a qualifying disclosure the level of penalties to which they pay be liable will be considerably reduced,” a spokeswoman said.

It said it was a matter for AirB&B to decide if it wished to make pre-budget representations to the Department of Finance and the Minister regarding permitting rent-a-room relief to apply to a wider range of accommodation lettings.