After her interview with Richard McDonnell, Rosita Boland talks to Kathy Sheridan 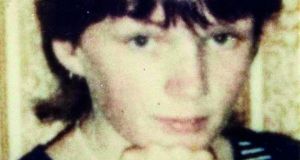 “He needed to be heard, after 34 years of silence,” the Irish Times journalist Rosita Boland says of her interview last Saturday with Richard McDonnell, the former boyfriend of Ann Lovett.

On today’s episode of the Women’s Podcast Boland tells Kathy Sheridan about the latest chapter in the story of the young woman who died in 1984 after giving birth, as at a grotto in Granard, Co Longford.

In his exclusive interview with Boland Mr McDonnell, who is 51, spoke for the first time about Ann’s death, at the age of 15. “I feel very privileged that he chose me to tell his story,” she says.

Mr McDonnell’s account followed a previous in-depth investigative article by Boland, in which she spoke to people who lived in Granard at the time of Ann’s death. Might there be another chapter to come? “I’m still working on this story,” she says.

Róisín Ingle: After seven months of this headwreck, what needs to be done feels harder than ever
9