What’s hot and what’s not this week?

We're a bit cold and miserable, it's January alright? 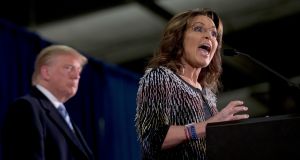 Lydia McGuinness In a cast of strong female leads, McGuinness is playing a blinder as Peggy in Rebellion

January Galway gigs Villagers and Somerville at the Black Box next Friday, John Grant and Soley in Salthill next Saturday

Cuvva An app for hourly car insurance on your friend’s car. UK-only for now, but a great idea

The return of Nelly Vicar Street in June. We’ve already got the plasters on our cheeks

Canvasser question checklists They better get ready for a grilling

Projectors Ditch the TV once and for all, free up space, and have your own big screen

Dry January Smuglets We get it. You haven’t had a scoop for 23 days and now you’re a martyr. Pass the gin

#OscarsSoWhite With the Academy being 94 per cent white and 76 per cent male, a shakeup is long overdue

Be Kind: how to change a person’s day with just one word
7

Planning a move to Australia? Here’s everything you need to know
8

Ask the Expert: My teenage daughter doesn’t talk to me
9