Where is safe now for winter sun holidays?

Official travel advice warns us to stay away from many popular winter sun destinations because of international terrorism. Joan Scales offers some alternatives for Irish travellers 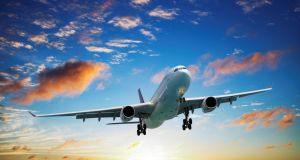 The Irish are more resilient to perceived threats, with many of us returning to Egypt over and over again despite many terrorist attacks

As we come to terms with how the world has changed in the past year it’s time to think where is still safe to go for winter sun holidays? The shift in destinations was marked in 2015 by bigger tourism numbers for Spain, Portugal, Italy and France.

The island of Mallorca recorded 4.287 million visitors in just three months from May to July – the highest ever. Ireland had already contributed more than one million visitors to Spain by August. The Canary Islands are expected to have big gains this winter with tourists from northern Europe displaced from Tunisia, Morocco and Turkey.

The Irish are more resilient to perceived threats, with many of us returning to Egypt over and over again despite many terrorist attacks. Morocco’s own security administration is worried about the growing numbers of Moroccans sympathetic to international terrorist organisations, but still we go there.

In a Travelzoo survey released this week, three out of four British people said they would actively avoid Islamic countries following recent acts of terrorism. Almost the same number said the migrant situation had put them off travelling through the Channel Tunnel or on Eurostar.

Turkey
Striding ahead in the popularity stakes in recent years, travellers to Turkey will be dismayed at the outbreaks of terrorism. The bombing in Ankara at the weekend, killing 128 people and injuring more than 250, comes only months after two attacks in Istanbul. Turkey is also trying to cope with the displacement of millions of Syrians passing through. Many live and squat among the streets of Istanbul.

Security status: If you’re planning a trip to Turkey, the Department of Foreign Affairs advises exercising caution. The threat from terrorism in Turkey remains high, they say.

Tunisia
Sunshine and higher temperatures were always a good reason to visit Tunisia in winter. However, two horrendous terrorist attacks in March and June have put paid to Tunisian tourism and 16 per cent of GDP. An advisory against travel to Tunisia is still in place and there is no expectation that this will be lifted soon.

Security Status: Irish citizens are being advised to avoid non-essential travel to Tunisia in light of increased security concerns.

Egypt
Egypt has been riding the rollercoaster of terrorism attacks and an uncertain political arena for more than 15 years. After each attack the tourists retreat to await the white flag. Over time the safe part of the destination has shrunk to the Red Sea coastal resorts of Sharm el Sheikh and Hurghada area. Nile cruises are back on the agenda at present with passage from Luxor to Aswan possible. Egypt does offer good winter sun holidays in quality resorts with falconholidays.ie

Security status: The Department of Foreign Affairs is currently advising against all non-essential travel to Egypt with a number of exceptions: Sinai Peninsula, Sharm el Sheikh, Hughada area and Nile from Aswan to Luxor.

Greece
Refugees on the shores of holiday islands in Greece this summer brought home to tourists the real face of the crisis in Syria. The sight of thousands of displaced people using overloaded boats to get to Europe was more upsetting than Greece’s economic woes. The tide of refugees will fall off over the winter but who can say what will happen next summer.

Security status: If you’re planning a trip to Greece, the Department of Foreign Affairs advise you to take normal precautions.

Morocco
Always a popular winter sun destination,there will be a charter flight to Agadir as usual this winter and a twice-weekly Ryanair service to Marrakech. There was one bomb attack on a cafe in 2011 in Marrkech. Packages available from sunway.ie.

Security Status: The Department of Foreign Affairs advice is: “There is a high risk of terrorism in Morocco. You should be extremely vigilant during your stay.”

Malta
A Mediterranean gem, the Maltese Island has gained a lot of tourism over the winter with a year-round Ryanair service three times weekly from Dublin. There are also flights from many other European cities. Travel agents have packaged Malta with good value hotels and a week will cost from €300pps, cassidytravel.ie, lowcostholidays.ie and budgettravel.ie

The United States of America
Though the US dollar has strengthened against the euro since last January it has not deterred travel to America. Aer Lingus will continue flights to Orlando, Florida four times a week over the winter. Fleeing snowbirds can enjoy the comfortable lifestyle of the Gulf coast where sunshine and culture are in abundance. West coast lovers are filling Ethiopian Airlines seats from Dublin to LA over the winter with return flights from €440.

The Canary Islands
By far the most favoured destination for Irish visitors is Lanzarote, followed by Gran Canaria and Tenerife with Fuerteventura following along. From January to August this year more than 300,000 of us visited the Canary Islands. This winter there will be more than 50 flights each week to the sunny isles, with prices from €60 each way. The rest of Europe is heading there too, so book accommodation early.

Cruising the Gulf of Arabia
Due to its mobile nature, cruise ships have the ability to pick and choose where to go. In recent years, the Gulf of Arabia has become popular for winter sun and fun. Cruise ports in Dubai and Abu Dhabi now vie for the business of the biggest ships.

Luckily for us in Ireland we have daily access to both cities and their cruise terminals. A combination of keenly-rated airfares with cruise operators means a week at sea can cost as little as an all-inclusive resort holiday. A week in January cruising on Royal Caribbean’s Splendour of the Seas will cost from €799pps, book with travelmood.ie, or sail from Abu Dhabi with msccruises.ie from €1,200pps.

Caribbean countries
The Caribbean scoops up many of the most gorgeous countries and islands to visit. Turquoise seas, sugar-fine sands, waving palms and rum cocktails are the stuff of dreams, but at a cost. The Caribbean is also the playground of the US and their strong dollar has driven up prices. The journey can be worth it to feel safe, pampered and relaxed.

Best deals are with dedicated longhaul operators such as classicresorts.ie, tropicalsky.ie, sunway.ie and Virgin Atlantic Holidays via local travel agents. Next summer there will be direct flights to Jamaica and Mexico from Dublin with falconholidays.ie.