All the latest deals and travel new from Fionn Davenport, including a hotel guide to Prague, Watergate hotel reinvented and a 60-secod guide to Orlando, Florida. 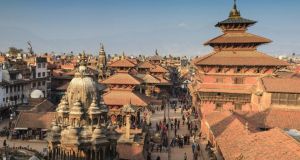 India to Nepal by Bus

The Indian and Nepalese governments have just officially inaugurated the first-ever bus service between the two countries.

The luxury Pashupatinath Express will cover the 1,250km between New Delhi and Kathmandu in just over 30 hours and the fare will be 2,300 rupees (€30). Not only is the new service deemed to be a major boost to tourism and trade, but it is seen by both governments as a strengthening of the ties between the two countries, according to Indian prime minister Narendra Modi.

Further routes between Nepal’s second city, Pokhara, and Varanasi in Uttar Pradesh have also been proposed. 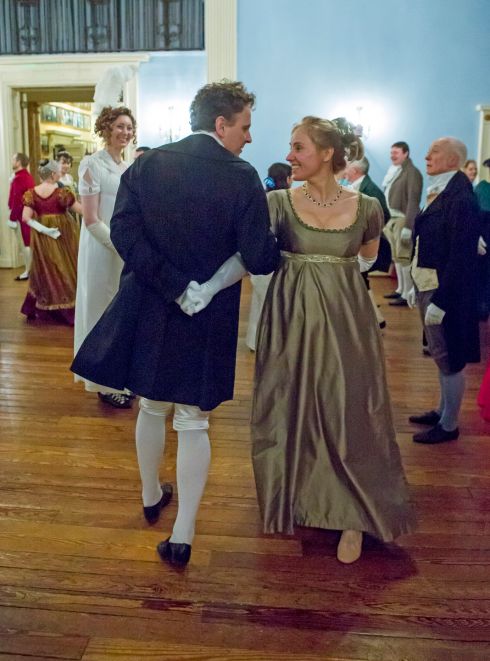 Taking the waters and dressing up in period frocks are part of the Strictly Jane Austen tour, a three-night break in Bath next May from ECT Travel.

The tour begins with a guided walk around Bath and its Austen-connected locations. Then it’s on to the Fashion Museum, and its vast collection of historical dress.

This is followed by a visit to a theatrical warehouse for a dressing up session, followed by dance lessons and hair and make-up, leading to a gala night out at the Assembly Rooms, scene of many a dramatic moment in Austen’s work.

Gatwick Airport is to install the world’s biggest self-service bag-drop as part of the North Terminal’s £1 billion refurbishment.

Airport authorities believe the 60 self-service luggage belts, where passengers print out their own bag tag before affixing it to their luggage, will “virtually eliminate queues”.

The area will open in two phases between late 2015 and early 2016, and will also include a new security area and departure lounge with an extra 30,000 sq ft of retail space. 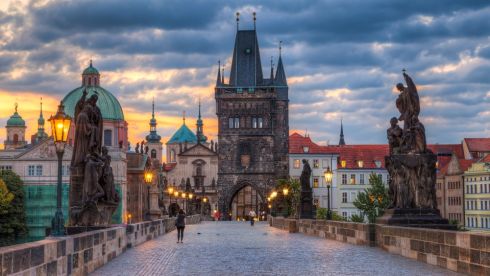 The Czech capital is celebrating the 25th anniversary of the Velvet Revolution, which ended on December 29th, 1989 with the election of Václav Havel as president. But democratic Prague is worth visiting at any time. Here are five hotels worth considering:

Golden Well Hotel (U Zlaté Studne 4; goldenwell.cz; room from €250).
Gorgeous Renaissance house at the bottom of a street on the slopes of the castle hill. Huge, well-appointed rooms with underfloor heating.

Icon Hotel (V jáme 6; iconhotel.eu; room from €140)
One of the city’s trendiest hotels, you’ll find iMacs in the rooms, beds by Hästens  and staff kitted out like hipsters. The Room tapas bar and restaurant has a menu designed by Tommy Lee Jones’ personal chef.

Le Palais Hotel (U Zvonarky 1; vi-hotels.com/en/le-palais; room from €220).
Le Palais has restored floor mosaics, original fireplaces and marble staircases leading to the luxury bedrooms. The location is terrific: on a bluff with views of the Vyšehrad fortress, within walking distance of the nightlife in Vinohrady.

Mandarin Oriental (Nebovidská 1; mandarinoriental.com/prague; room from €255).
The Prague edition of Mandarin luxury is a converted 17th-century Dominican monastery, with interiors designed by the team that did Dubai’s Burj Al-Arab. Besides the sumptuous rooms and public spaces, the highlight is the spa, found beneath a glass floor in a 14th-century Renaissance chapel.

One of the world’s most infamous hotels is set to get a major revamp. The Watergate Hotel in Washington, DC – forever linked to the 1974 scandal that forced Nixon’s resignation – has sat unoccupied for the past seven years, but its owners Euro Capital Properties just announced a $125m renovation to transform it into one of the city’s leading luxury hotels.

Luigi Moretti’s distinctive 1961 design (it’s shaped to resemble a boat on the Potomac) will be preserved, but interior designer Ron Arad will complement the avant garde architecture with a contemporary mid-century design. The hotel will reopen in summer 2015; see thewatergatehotel.com. 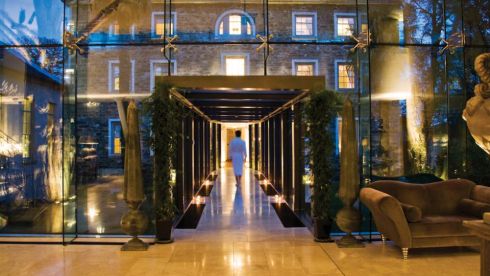 Get Away at Home

If you’ve a little post-Christmas relaxation in mind, the Radisson Blu Royal Dublin (radissonblu.ie/royalhotel-dublin) has a Festive Shopping Retreat that includes two nights’ B&B , a welcome drink and a three-course dinner in the V&V restaurant for €175 per person sharing. The package is valid until the end of January but excludes December 24th, 25th and 31st.

If you’re looking to cleanse your body of Christmas excess, the five-star Monart Destination Spa (monart.ie, pictured above) in Enniscorthy, Co Wexford, has launched a five-day, all-inclusive Master Detox Programme for €1,095 midweek (€1,195 over a weekend) per person that includes an individually tailored detox programme of seaweed baths, reflexology and reiki treatments, massages and facials. The programme is available from January 2015 onwards.

Finally, get away from it all with a weekend break at Harvey’s Point Country Hotel (harveyspoint.com) just outside Donegal town. A two-night B&B package costs €198 per person sharing and includes dinner in the Lakeside Restaurant.

The Croatian National Tourist Board has launched a new campaign to attract year-round tourism. Croatia 365 highlights six themes – culture, cycling, business, gastronomy and wine, active holidays and wellness and health – in 22 destinations around the country.

These include wine tours in Slavonia and Baranja and 160km of bike trails in the Karlovac southwest of Zagreb. The bulk of Croatia’s million-plus tourists are seasonal visitors to the resort towns along the Dalmatian coast. 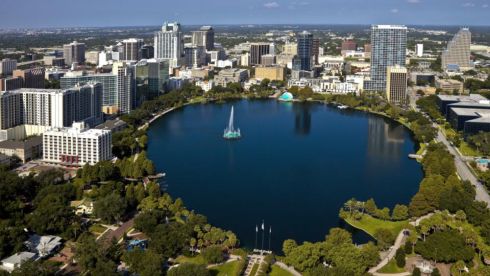