Hanoi food authorities recently had to test street food samples following rumours that vendors added marijuana to make it more addictive. The tests came up negative, but it just proves how good street food can be 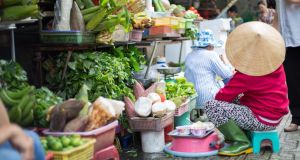 Hanoi food authorities recently had to test street food samples following rumours that vendors added marijuana to make it more addictive. The tests came up negative, but it just proves how good street food can be. Here are five other cities where street food will have you salivating:

Bangkok
Street dining is the most popular way to eat in the Thai capital, at least for the locals. There are vendors on virtually every corner. Recommended areas are the u-shaped Soi Rambuttri near Khao San Road and Soi 38 off Sukhumvit, which has sit-down street restaurants serving every kind of Thai speciality dish.

Istanbul
Every city in Europe sells doner kebab, but none taste nearly as good as the ones you’ll find on an Istanbul street. Other treats to look out for include simit (a ring-shaped bread topped with sesame seeds), lahmacun (a Turkish pizza) try the ones from Halil Lahmacun and Borsam Tas Firin in Kadiköy, and kumpir (baked potatoes stuffed with a variety of things). Best place to buy this is from the vendors in Ortaköy.

Mexico City
There are food stalls selling antojitos (street snacks) in the Mercado San Juan, in the Cuauhtémoc district, and in La Merced. Specialties include fried tlacoyos (cornmeal cakes), fried masa huaraches (more corn cakes), corn on the cob and, of course, the ubiquitous taco.

Palermo
Palermo’s thriving traditional markets are the place to find some of the most authentic and delicious food in the city, starting with arancini (rice balls usually stuffed with meat sauce, but occasionally replaced with saffron). You’ll find these at the Mercato di Capo, along with crocche (potato-and-egg balls), panelle (chick pea fritters) and cardoni (cardoon, or artichoke thistle)

Cashing in on frequent flyer points

When it comes to redeeming your frequent-flyer miles for a free seat, the most generous airlines in the world are AirBerlin and Southwest Airlines, according to a new survey by travel consultancy IdeaWorks.

This means that they rank highest in the number of reward seats available – at least one per flight, compared to an industry average 74 per cent, followed by Virgin Australia (96.4 per cent), Air Canada (90.7 per cent), Singapore (90 per cent) and JetBlue (87.1 per cent), with which Aer Lingus has a codeshare programme.

The survey looked at the availability of reward seats in economy, or ‘saver-style’ class across the 25 most popular frequent-flyer programmes (business- and first-class seats are easier to redeem generally, but you need far more points to qualify). And the stingiest airline of them all? It’s LAN, with only 44.3 per cent availability. Ryanair doesn’t have a frequent-flyer programme. 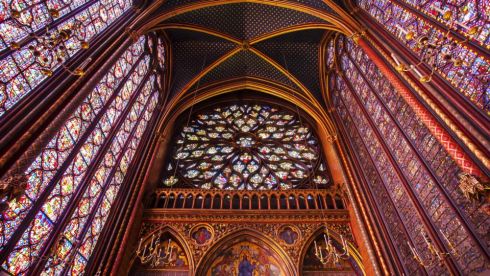 The stunning stained glass windows in Paris’s Sainte-Chapelle are back on display after a painstaking seven-year restoration. More than 1.9km-worth of stained glass depicting 1,130 biblical figures was removed and cleaned using lasers, with the work timed to finish so as to mark the 800th anniversary of the birth of Louis IX, who commissioned the chapel in 1239 as a reliquary in the heart of his palace. That palace is now the law courts, which might explain why the chapel, a wonder of the medieval world, is not as well visited as its beauty deserves. Tickets €8.50; sainte-chapelle.monuments- nationaux.fr 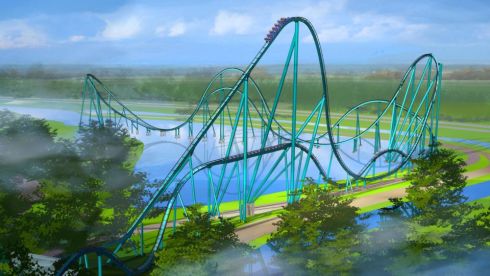 SeaWorld Orlando has announced details of its newest roller coaster, which will open to the public in summer 2016.

The 200ft high Mako (plans are pictured right) will be the region’s tallest, fastest and longest ride, and qualifies as a hypercoaster – a roller coaster known for its high speeds and steep drops that combine to give the rider the effect of weightlessness.

Mako, named after the blue pointer shark, will be the centrepiece of a new shark- themed area in the park. See seaworldparks.com

More than 60 of Barcelona’s hotels, including some famous ones, have opened up their roof terraces to the general public as part of Terrace Week, which began yesterday and will run until June 14th.

The Fuster, Majestic and the Claris are just some of the better known hotels that will provide music, entertainment and art exhibits with a view. The initiative, now in its fifth year, is designed to boost tourism by offering visitors somewhere to cool off on warm summer nights. Most participating hotels also offer good discounts in their bars and restaurants.

With Father’s Day two weeks away, Inchydoney Island & Spa (inchydoneyisland.com) in west Cork has two packages, the Adrenaline Junkie (from €190 per person sharing) and the Downtime Dude (from €230 pps), with two nights’ B&B and either sea kayaking or a massage.

Dad can enjoy golf at Galway Golf Club before a night at the Radisson Blu Hotel & Spa (radissonhotelgalway.com), from €135 pps (weekends only).

Bewley’s Hotel (bewleyshotels.com) in Leopardstown has B&B for two from €110 per person, with a shuttle and ticket to the races on June 17th. 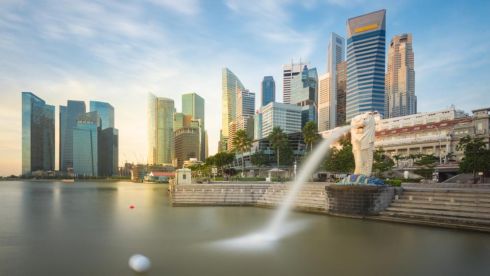 Capella Singapore (1 The Knolls, Sentosa Island; capellahotels.com/singapore; rooms from €460, villas from €770). The best hotel in town, eclipsing even Raffles.

Momma Kong’s (34 Mosque St; mommakongs.com; mains around $20). Crab in all its varieties, including a finger-licking chilli crab.

Pulau Ubin (pulauubin.com.sg). Hop aboard a chugging bumboat in Changi for the ride to this traditional village of tin shacks and shrines.