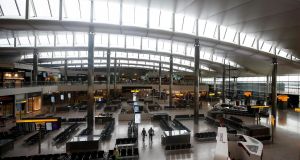 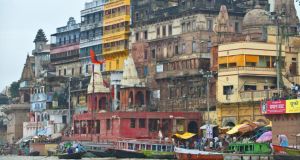 Aer Lingus new home at Heathrow
Heathrow’s €3bn Terminal 2, where Aer Lingus will be based, opened on Wednesday when it received its first flight at 5.55am, a United Airlines service from Chicago. For the next three weeks, the new terminal will operate at only 10 per cent capacity to avoid the debacle Terminal 5 had to deal with when it opened in 2008. Aer Lingus will move its 44 daily flights from Terminal 1 on July 9th, one of 26 airlines making the move, including 23 Star Alliance airlines. Aer Lingus has partnerships with most member airlines, and the move will allow passengers the option of a seamless transfer to those carriers. Passengers will have a choice of 52 shops and 17 bars and restaurants.

A new Gold Circle Lounge will be 50 per cent larger than the existing one and will have meeting rooms and showers. Transport links will be easier too. The Heathrow Express is accessible from just next to the arrivals hall, with Paddington Station a 15-minute ride away.

Thailand update
Thai authorities have lifted the curfew imposed following the May 22nd coup in the popular beach resorts of Phuket, Koh Samui and Pattaya in an attempt to limit the effect on tourism. In the rest of the country, the curfew has been cut back to between midnight and 4am, with reports that it is being ignored in some of the most popular tourist spots. Global travel interest in Thailand has dropped by an average of 27 per cent since the military took control, including a 31 per cent decrease in the number of Irish bookings. Thailand gets about 27million visitors a year and tourism accounts for 7 per cent of the country’s economy.

Five restaurants in San Francisco
Late June sees San Francisco in full celebratory mood with Pride, the largest LGBT festival in the US, but the birthplace of the Locavore movement is a feast for the senses at any time of year. Here are five spots that offer the best local cuisine:

Posh fast food in Paris
Visitors may have noticed the appearance of black-and-orange fast food vans on the streets around the Champs Elysées and the Arc de Triomphe. They’re the latest venture of three-Michelin-starred chef Marc Veyrat, who is serving pre-booked, two- and three-course gourmet lunches to passersby. The lunches cost €11/€13.50 and are served 11.45am- 2pm; see mesbocaux.fr for bookings, menus and van locations.

India wants more visitors
New Indian premier Narendra Modi has announced plans to clean up the sacred Hindu city of Varanasi (above) and a feasibility study on introducing high-speed bullet trains. India only gets around seven million visitors a year – about as many as Ireland – and Modi blames the country’s creaking infrastructure, Raj-era railways and dodgy hygiene as reasons for the low numbers. Another stumbling block has been India’s visa system, but that is being scrapped on October 1st in favour of visa on arrival. STA Travel is offering “organised backpacking” in India. A 12-day holiday costs around €2,000 per person, including flights; see statravel.co.uk/tailormadeindia

Lufthansa offers Premium Economy
Lufthansa’s new Premium Economy class, which offers up to 50 per cent more space than Economy, became available for booking this week on routes serviced by Boeing 747-8 aircraft. Lufthansa’s first new travel class in more than 35 years will have availability from December 10th on flights served by the new jumbo from Frankfurt. The first retrofitted aircraft will begin service in January from Munich. Premium Economy tickets range from €999 for Frankfurt-Hong Kong to €1,349 for Buenos Aires; see lufthansa.com

Cooking in Jordan
Culinary tour specialist MasterChef Travel has a six-day cookery holiday in Jordan that includes demonstrations on how to prepare a Bedouin feast in a zarb (underground pit). The trip also includes visits to Petra and Wadi Rum and an excursion to see the Byzantine and Umayyad mosaics of Madaba. Accommodation is in the four-star Al Qasr Metropole Hotel in Amman and the three-star Petra Guesthouse. It departs from London and costs from £1,245/€1,530 including flights. See mastercheftravel.com