Last-minute summer activities for the kids

From camping to kayaking, here are ideas to keep the kids happy before back to school 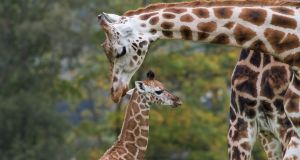 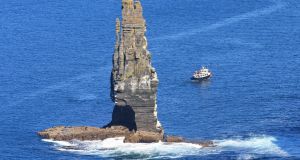 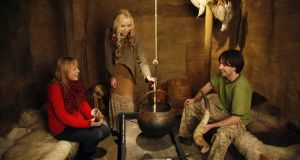 If kids ruled the world there’d be no more “back to school” signs. In fact, there’d be no more school. Just as well they only get to dictate what goes on at home so. But just to be sure things remain calm for the remainder of the holiday, here are some last-minute family fun options, perfect for heading off a coup.

Nothing says summer like a day at the beach. Irritating parking charges aside, if the sun is shining there’s still no better place for a free day out. Pack a picnic, plant the windjammer and let the kids off the leash. Or skip the seaside traffic jams, caused by avoiders of said parking charges, and head inland instead. Don’t risk the ire of an unsuspecting bull – or worse, farmer – by hopping the nearest five-bar gate, but go somewhere you’re welcome instead, like the vast expanses of Coillte forest parks (coillteoutdoors.ie) most of which come replete with picnic tables.

Make a night of it – some national parks allow wild camping and August is the perfect month for shooting stars. There’s a Perseid meteor shower due on the 11th and camping gives you a front-row seat. Spend the rest of your time singing Kumbaya around the disposable barbecue and you’ll be providing them with a memory they’ll never forget, no matter how hard they try.

Festivals are a great basis around which to build a cheap break, not least because someone else has figured out the entertainment. There are loads of family-friendly ones in August, starting with Heritage Week (heritageweek.ie), an annual celebration of our built, natural and cultural heritage. It takes place August 20th to 28th with a range of activities nationwide. These include walking tours in Bray, bug trails in Wexford and outings for otters in Cork. In all, more than 1,800 activities are scheduled to take place.

Or get your giddy goats to the Puck Fair at Killorglin, Co Kerry (August 10th to 12th, puckfair.ie) and soak up some rural nostalgia at West Wicklow’s Hollywood Fair (August 17th to 21st, thehollywoodfair.com).

The jig is up at the Fleadh Cheoil in Ennis (August 14th to 22nd, fleadhcheoil.ie) while at the Belmullet Festival in Mayo (12th to 21st August, belmulletfestival.ie) there is pig racing, fantasy football, treasure hunts and a best-dressed family award. Ah, go on. Go wild in the country For schools of a different kind head off on a nature trail with Dolphin Watch at Carrigaholt, on the Loop Head peninsula in Clare. It runs boat trips around the mouth of the Shannon, home to Europe’s largest group of bottlenose dolphins, and kids can listen in to their lovely whistle-and-click conversations via the on-board hydrophone (dolphinwatch.ie – adults €35, under-15s €20).

Or get them all a-flutter with a day out at one of the country’s bird hides. All you need is a flask of hot chocolate and a smartphone – so the birdwatchireland.ie website can tell you what you’re looking for – and it’s like a living treasure hunt. Make like a pro and head to the East Coast Nature Reserve in Wicklow or a forest park with hides such as Ards Forest Park in Donegal to show the kids some real tweeting.

Six and the city

Who says children and city breaks don’t go together? Well, parents usually. But if you plan it right – and give up all thoughts of hitting the shops – it’s a break you can all enjoy. In Dublin check out the city’s Viking history at Dublinia (dublinia.ie), an interactive exhibition near Christ Church Cathedral that’s nothing like a school tour, honest. And if it is, let them vent their spleen riding around the city in a Viking Splash amphibious vehicle roaring at grown-ups other than you (vikingsplash.com). Should make a nice change.

In Cork bring your budding astronomers to the interactive space-related exhibits at Blackrock Castle Observatory, a great resource for kids of all ages. Learn about the universe, track the progress of an email through space in real time and play Comet Chaser – an interactive game that enables them to save the earth.

See a city by sea

Show them the capital from a coastal perspective with a cruise from Dublin Bay Cruises (dublinbaycruises.com, family tickets from €60), taking in Ireland’s Eye, Lambay and Dalkey Island, as well as Joyce’s Martello Tower and the Baily Lighthouse.

Take a Sea Safari around Cork harbour, on a two-and-a-half-hour trip that takes in Cobh, Crosshaven, Rochespoint Lighthouse and Spike Island prison, from €35 per person (safari.ie). Or, if you’ve got older kids, why not see Cork at even closer range with an “Under the Bridges” city kayaking tour from atlanticseakayaking.com from around €50 per person.

In Galway hop aboard the Corrib Princess (corribprincess.ie) for a 90-minute cruise departing Wood Quay right in the heart of the city. Cruises run three times daily through August, adults €16 and kids €7.

Pick up a package in a hotel

There are some good family hotel packages to be found online, if you’re quick. At the time of writing the Hodson Bay Hotel (hodsonbayhotel.com) in Athlone has two-night bed-and-breakfast stays, arriving 24th August, from €510, including dinner for the grown-ups. A favourite with families, it gives kids a chance to make the most of the giant floating waterpark outside on Lough Ree, before they have to swap swimsuits for school uniforms.

Or crank up the adventure with an activity package at Delphi Adventure Resort (delphiadventureresort.com) in Connemara. It is offering three-night family deals in August from €835, arriving August 21st. The resort, in a stunning location near the fjord at Killary harbour, offers a range of full- and half-day adventure activities depending on your thirst for adrenaline.

Alternatively, kick back and relax at Fota Island Resort (fotaisland.ie) in Cork, which has family packages that include entrance to the terrific Wildlife Park next door. See cheetahs, tigers, rhinos and giraffes in as close to their natural environment as you’re going to find this side of a safari. Deluxe rooms sleeping four are available from between €280 and €330 a night online during August.

Splurge on some sun

Tried your best to save money and stay put? Well, if it’s a decision you regret there’s still time to salvage summer with a last-minute trip to the sun. Squeeze it in as close to the school term as possible and it’s cheaper than you think.

Campsite specialist Lifestyle Holidays (lifestyleholidays.co.uk) has great deals for the end of August including, at time of writing, a week’s stay at Castell Montgri in Spain from £534 (€634) per family on 24th August, flights extra. Arrive just three days later – the 27th – and you’ll bag a week for £257 – that’s just €305. A large and well-kept campsite, it has great facilities including a huge pool and riding stables.

Keep an eye too on the Irish Travel Agents Association website for last-minute bargains. These currently include seven nights in Cyprus, staying at the Anais Bay Apartments in the white sands resort of Protaras, which has a waterpark and aquarium. It costs from €1,759, based on a family of two adults and two children including flights and transfers (itaa.ie/offers). And it departs August 10th, so plenty of time for the kids to sort out uniforms and booklists when they get back. As if.