Bay watching with a biosphere lens

Travelling on a small cruiser gives you a new perspective of the Dublin coastline, its waters and islands 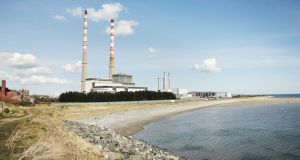 Sometimes we travel to far-flung places to see exotic natural phenomena and ignore the natural beauty on our doorstep. So may I suggest one of the must-do things for nature lovers in Dublin is to take a boat trip across Dublin Bay on board Dublin Bay Cruises with a Dublin Bay Biosphere Discovery Tour guide.

These boat trips, which run on a loop daily from June to September, bring people out into Dublin Bay from Sir John Rogerson’s Quay in Dublin city centre to Dún Laoghaire harbour and back across the bay to Howth harbour (dublinbaycruises.com). Travelling on board the small cruiser gives you a whole new perspective of the coastline, and the waters and islands that surround our capital city.

Dublin Bay Biosphere is the world’s only biosphere located largely within a capital city. The title was awarded by the United Nations Educational, Scientific and Cultural Organization (UNESCO) in 2015, expanding on the UNESCO Biosphere designation that had been awarded to North Bull Island in 1981.

There is more positivity and understanding of biodiversity now

The new wider designation includes the Baldoyle and Tolka estuaries, Booterstown Marsh, Howth Head, North Bull Island, Dalkey Island and Ireland’s Eye, as well as the entire bay. It brought with it a wider focus on the environmental, economic, cultural and tourism potential of Dublin Bay, and the new Dublin City Council position of a biosphere co-ordinator.

Dr Jenni Roche, who holds the position, works with biodiversity officers in Dublin City, Fingal and Dún Laoghaire Rathdown councils and other organisations to promote positive interactions between humans and nature in Dublin Bay.

Roche says that awareness of the biosphere is increasing from a low base. Only 10 per cent of people knew about the designation in 2016. “There is more positivity and understanding of biodiversity now, and we hope to address issues around climate change as the biodiversity concept catches on.”

Urbanisation remains the biggest threat to the Dublin Bay Biosphere, according to Roche. “There is habitat loss from the coastal squeeze [of urban development] when you consider there are 300,000 people in the catchment of the biosphere.”

Unfortunately the biosphere designation does not carry with it the legal protections of EU designated sites such as Special Areas of Conservation (SAC). Instead the aim is to encourage enjoyable and educational encounters with nature, and through this engagement bring about better conservation of habitats and more sustainable development.

The Dublin Bay Biosphere Discovery Tour guides on board Dublin Bay Cruises share a wealth of knowledge of both the natural and built heritage in the bay. On our trip Justin Ivory tells how peregrine falcons nest on a platform on the Poolbeg chimney towers, and how North Bull Island was formed from sediment following the construction of the North Wall (the South Wall was built earlier) to provide deeper waters for shipping channels into Dublin Port.

North Bull Island is in itself an EU-designated SAC with nine significant habitats, including the dune systems and salt marshes. And Dublin Bay is an SAC for harbour porpoises – which can sometimes be spotted from Howth Head, Killiney Bay and on the cliff walk from Bray to Greystones.

Favel Naulty, another Dublin Bay Biosphere Discovery Tour guide, tells us how Dalkey harbour was the main harbour for Dublin from the 1400s to the 1700s, to be replaced first by Howth harbour and later Dún Laoghaire harbour before Dublin Port became the main port for the city.

“We bring the children to see and hear the Brent geese on North Bull Island, and they become ambassadors, telling people not to disturb the geese when they are feeding on playing pitches and parks. The children have even been in touch with children in Iceland via Skype talking about the migratory journeys of the geese.”

The birdlife in Dublin Bay Biosphere is best observed from the sea, where you can see kittiwake colonies on the cliffs of Howth, common and black guillemots, shags, cormorants, fulmars and puffins and gannets on Ireland’s Eye, which is a protected bird sanctuary.

Dalkey Island attracts a lot of summer visitors, and Birdwatch Ireland hosts tours and talks on the tern colonies there every Tuesday evening from June to August. “The main threats to the terns are rats, who steal their eggs, and rabbits which people dump on the island,” says Ann Murray, the biodiversity officer with Dún Laoghaire Rathdown.

A herd of feral goats are kept on Dalkey Island to keep the grass low for the seabirds to nest in. And visitors are warned not to walk on the ground-nesting birds. People are also discouraged from flying drones over the islands because they disturb the birds.

Hans Visser, the biodiversity officer with Fingal County Council, explains how the council works with the landowner on Ireland’s Eye to protect the breeding sea birds. “We have a management plan for nature conservation and recreation on the island. We have put in circular pathways so people [who travel out from Howth harbour] can go to the summit, the beach and see the church there without disturbing the breeding colonies of gulls, guillemots and razorbills from April to August.

Managing the heathlands of Howth Head is a bigger challenge. “We want to trial controlled burning, cutting the gorse and grazing the area with goats, but it’s difficult to get on top of this after 60-70 years of no heathland management,” says Visser.

Avoiding barbecues and not throwing away lit cigarettes on the heathlands will help prevent widescale burning which would be counter to these management plans. “The whole philosophy of the biosphere is for humans to connect with nature without damaging it,”says Visser.

Period homes in a tech neighbourhood: two to rescue on Pearse Square from €600k
7

Cycling or swimming, walking or yoga: What is the best exercise for you?
10