A wooded cycle suitable for all levels

Cycle series: this route just about qualifies for the mid-range but it is truly spectacular 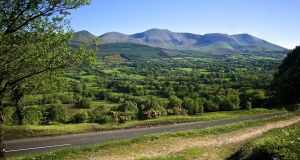 The Galtee Mountain range with highest peak Galtymore Mountain and the Glen of Aherlow to the forefront, Co Tipperary 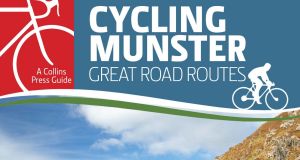 To start this cycle, head northwest from Galbally, Co Limerick, on the R662 and turn east after 4km. By now into Co Tipperary, it is a relatively straightforward run to Tipperary town, which lies 12km ahead.

At the start of the town, take the road to the right (the R664), Bridge Street and then Station Road and pass through the level crossing. The road turns right, then left, before climbing for 3km to a T-junction. Left, on another terrific road to Bansha, is for another day. For now, swing right in the direction of Lisvarrinane and climb through Bansha Woods. This leads into the Glen of Aherlow proper – closer to the Galtees.

Here, Slievenamuck Mountain forms the northernmost side of the Glen of Aherlow. Just before the viewing area is Aherlow House Hotel, which merits a quick coffee for the tremendous views of the glen. Opposite the hotel, across the glen, is the imposing mountain of Galtymore, which is one of the biggest in Ireland at 919m, and the county high point for both Tipperary and Limerick.

Sweep downwards to a T-junction at the hamlet of Newtown. Go right towards Lisvarrinane on the R663. The sense of peace that attends the Glen of Aherlow is pleasing to the soul. On a spring day with the daffodils nodding in the ditches, the cows ruminating in the fields and the hedgerows alive with birdlife, it attains a kind of rustic bliss. Scant traffic bothers the cyclist.

There are several campsites and caravan sites along the way indicating the popularity of the valley. This is one of the most attractive wooded cycles in the country on roads that are, by and large, of good quality. Next up is the village of Lisvarrinane, which itself is a start point for several walking routes in the valley. A short way along is Moor Abbey. Go left before the bridge (straight ahead lies Galbally). By now heading south, this road curves around for 8km to the pretty village of Anglesborough – the highest village in the range. From here upwards, only the hardiest eke out a living on the slopes of the mountains. This is yet another start point for Aherlow walks. In the village take a 90-degree turn to the right and cycle northwards. After 2km, meet the R662 – bear right – and after 5km, reach Galbally and the conclusion of this wonderful cycle. Too short. Go around again.

Edited extract from Cycling Munster – Great Road Routes by Dan Mac Carthy is published by The Collins Press, price €14.99/£12.99. It is available in all good bookshops and online from www.collinspress.ie.

The start point is the handsome village of Galbally, Co Limerick, with its spacious square.

This route just about qualifies for the mid-range but it makes up in the spectacular what it lacks in the distance. Galbally is one of several start points for the Glen of Aherlow walks. Another is the nearby Moor Abbey – a beautiful ruined Franciscan friary on the banks of the Aherlow river, which flows down from the Galtee Mountains. The Galtee range extends west to east for around 30km. It is hugely popular with hillwalkers who relish the steep climbs, glaciated cirques and wonderful woods on the lower fringes.