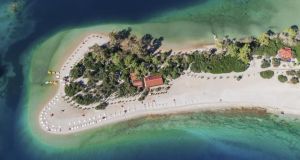 A beach in Ölüdeniz, Turkey, one of the hot spots for 2015 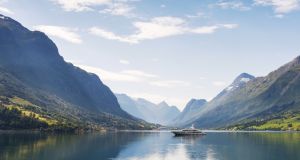 Norway, the inspiration for the landscape of Frozen 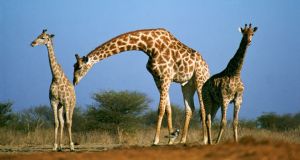 Namibia celebrates its 25th birthday in 2015 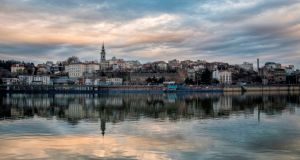 Belgrade sits at the confluence of the rivers Sava and Danube 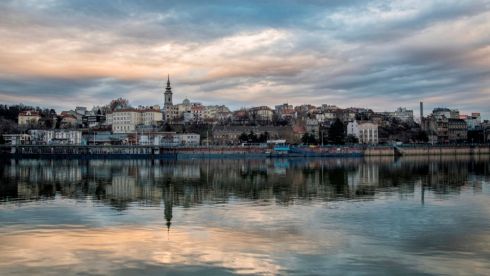 Recent history relegated Serbia to the role of international pariah, but that’s all changed now and Belgrade has reaffirmed itself as the major Balkan metropolis. In the shadow of the Kalemegdan Citadel, the city’s patchy beauty spreads outward – its historical art nouveau buildings standing cheek-by-jowl with socialist-era blocks that are short on aesthetic appeal. But more than anything the ‘White City’ is a place to experience – from its elegant coffee houses to its thriving nightlife. Fly to Belgrade via Frankfurt for €330 return. 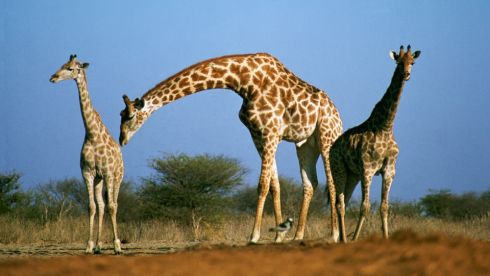 Namibia celebrates its 25th birthday in 2015, and has extended party invitations to everyone. The draw is a country famous for its superlative sands (the oldest desert in the world and the globe’s highest sand dunes), Africa’s most extensive game reserves (including the vast, mirage-inducing salt pan of Etosha National Park) and stunning geological formations like the Rock Art galleries in Damaraland. A 10-day guided tour of Namibia’s highlights, including flights, accommodations and all meals is €3,260.
gohop.ie 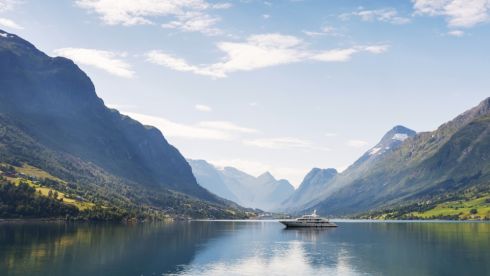 Norway’s primary sales pitch is aesthetic, for this is simply one of the world’s most beautiful countries. Beyond the fjords and its stunning crenellated coastlines is a land of gracious glaciers moving imperceptibly from some of the world’s largest ice fields. This icy wonderland inspired the makers of Disney’s Frozen, which is one of the reasons that tourism will increase in 2015. Other reasons include the range of outdoor activities on offer and the terrific cuisine. Fly Dublin to Oslo for as little as €50 each way.
sas.com

Montenegro
The forgotten sibling of the Balkan brood is gearing up for 2015 with plenty in the tank: beaches as beautiful as any you’ll find in Croatia; gorges as deep as those of the American south-west; a rugged mountain range to rival the Alps; and the kind of history and elegance that borrows equally from ancient Greece as it does from the Venice of the doges. And all of it crammed into an area smaller than Leinster. Fly to Dubrovnik (Croatia) from €93 with Aer Lingus – the border is less than 10km away.

Corsica
Okay, so it gets three million visitors a year already, but the fact that you can’t fly directly from Ireland means this Mediterranean island doesn’t figure on many an Irish holidaymaker’s radar. But as 2015 marks the 200th anniversary of the Battle of Waterloo, Napoleon’s birthplace is worth the effort for its stunning beaches and crystal blue waters. The largely untouched mountainous interior is great hiking country and as Corsica has been part of France since 1769 the food is invariably good. Fly with Air France via Paris Orly from €230.
airfrance.ie

Nicaragua
For ages it was Costa Rica, now it’s Nicaragua: a beautiful, eco-conscious country that has yet to be overrun by a slick tourist machine ferrying visitors from airport to secluded resort with only the occasional glimpse at what the country is really about. Nicaragua is about fully immersive, community-based tourism. It’s about wetlands teeming with wildlife and overgrown pre-Colombian ruins, pristine rainforests and empty beaches. And it’s cheap – making this the budget destination for 2015. UK-based responsibletravel.com has a range of holidays in Nicaragua from £1,500 (€1,908) excluding flights.

Oman
Oman offers visitors the opportunity to engage with the Arab world without the intoxicating fragrance of exorbitant wealth and its resultant vanity. Its low-rise, easy-going capital, Muscat, is steeped in its frankincense-trading past and its traditional Bedouin values, which mean a genuine welcome and an eagerness to display its rich culture and history – as well as its windblown deserts and stunning mountain ranges. Etihad (etihad.com) and Emirates (emirates.com) serve Muscat via Abu Dhabi and Dubai, respectively, with prices from €500 return.

Tasmania
Australia’s most isolated state has had no shortage of advocates these last few years: after voting Hobart the best city to visit in 2014, Lonely Planet included Tassie in its best regions to visit list for 2015. The reasons are clear: an untouched wilderness, an emergent foodie scene and some of the richest cultural offerings in Australia – the Museum of Old & New Art, described as a “subversive adult Disneyland”, is as controversial as it is spectacular. Fly from Melbourne or Sydney to Hobart from about A$100 (€67).
virginaustralia.com

Turkey
Turkey has been the nexus between east and west for more than two millennia, and the evidence is everywhere – from the rock churches of Cappadocia to the richly historic city of Istanbul, which has been cosmopolitan for more time than most cities have been in existence. It appeals to the hedonists too: its Aegean resorts draw the masses with guaranteed sunshine and competitive prices. But 2015 offers another reason to go: it’s the centenary of Gallipoli. Insight Vacations offers a 12-day Gallipoli Anniversary and Aegean cruise from €2,687.
insightvacations.com

Washington, DC
2015 marks the 150th anniversary of president Lincoln’s assassination, and you can visit a newly revamped Ford’s Theater (scene of the dastardly deed). The Smithsonian will have a special display to mark the occasion, including Abe’s top hat and the gun fired by John Wilkes Booth. You could easily spend your entire holiday in the vast galleries of the various Smithsonian museums, but leave time for a bike tour of the major attractions and a guided tour of the Capitol. Fly direct to Washington DC with United from €650 return.
united.com