Flying solo: Singles’ holidays (and a few that might lead to love) 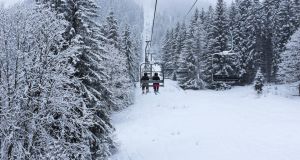 With its legendary “après-ski” activities, skiing is another good bet for singles looking for fun 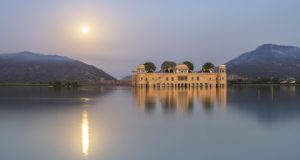 A singles tour of Rajasthan takes you through forts, palaces, markets and romantic sunsets 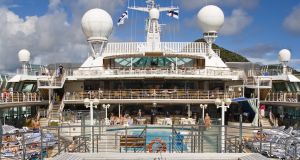 Singles cruises have a packed schedule of excuses to talk to people including cocktail parties, dance lessons and speed meeting events

It might be too late for this year but if you’re looking to boost your chances of being coupled up by the time Valentine’s Day 2018 rolls around, a holiday can help. Whatever your age, interests or orientation, the right kind of travel doesn’t just broaden the mind, it narrows the field.

The bus pass isn’t the only type of free travel to look forward to as you age. If you’re an older man, signing up as a “gentleman dance host” can get you free cruises too. It will also boost your chances of meeting, as Beyoncé might put it, all the single ladies – and, perhaps, a few widowed ones too.

Admittedly, cruise line rules ban you from getting romantically involved with your dance partners, but presumably there’s nothing to stop you getting in touch after the trip. And, come to think of it, how can they realistically police such a ban? One to ponder as you brush up on your cha-cha-cha.

For younger folk ready to rumba, opt for a singles cruise. Singlescruise. com holidays have a packed schedule of excuses to talk to people including cocktail parties, dance lessons and speed meeting events.

As well as themed singles cruises such as for Halloween or New Year’s Eve, it has sailings for singles in their 20s and 30s, their 30s and 40s and then, simply, for the over 40s.

It runs singles holidays on all the major cruise lines, including a seven-night Greek Isles Singles Cruise on June 25th from Venice on board the Norwegian Star, taking in Ravenna and Mykonos, from $1,151 (about €1,071).

UK specialist Solitair runs singles holidays for all ages, including cruises. Options here include a Christmas and New Year cruise around the Canaries which is guaranteed to suit singletons who find the festive period a particular pain. This one sails from London and includes not just the Canaries but Lisbon and Gibraltar, seeing in the new year with fireworks in Madeira. Departing December 21st for 15 nights, ocean-view cabins cost from £1,999 (€2,323).

Get in a group

Small group tours are a terrific option for solos. Travelling around in a minibus breaks the ice quickly and you’re likely to be travelling with like-minded people – for a start, you chose the same trip. You will also have a tour guide handy to take the strain out of, if nothing else, that awkward period standing around with no one to talk to before dinner.

Intrepid Travel goes to some of the most amazing destinations on the planet and more than half of all its clients travel solo, so you won’t feel like Billy-no-mates on the love bus. It also has a good range of solo-only holidays too to really shorten the odds of pairing up.

The 15-day Classic Rajasthan tour for solos takes you through forts, palaces and markets, hunting for tigers (with your camera) and on a sunset camel safari. Starting and ending in New Dehli, the tour-only price is €1,175, with departures in March and April.

Gay travel company HeTravel.com also has a great range of small group tours suited to solos including the Wild Kiwi adventure tour of New Zealand’s South Island for $4,998 (about €4,600). Travelling from March 6th-19th, it will see you hiking trails and glaciers, as well as biking, spelunking, kayaking and, hopefully, romancing. OutofOffice.com’s gay-friendly group tours include a 12-day Costa Rica adventure departing August and December for €2,023, excluding flights.

Activity holidays are a very reliable option for singles keen to mingle. Irish surf specialist Surfholidays. com has a range of options, with solo surfers making up 30 per cent of all its bookings.

Tailor-make a holiday to suit your budget, staying in luxury villas or cheaper lodgings, and with each you can expect a fun day of sunbathing, surfing and the occasional hot tub.

It’s a year-round option: in winter and spring, you can head to the Canary Islands, while in the summer months Portugal is tops. Further afield, Bali and Costa Rica offer great solo surf holiday options. Expect to pay around €500 for a private room for a week’s surfing in Portugal, Surfholidays.com’s most popular destination, including five lessons.

Diving might might also be a good option. Diveworldwide. com has a collection of trips which are ideal for solo divers, including intimate “liveaboards” for dives in exotic places such as the glorious Galapagos, where a 10-day trip costs £5,295 (about €6,150) including UK flights.

If you’re looking for a Lonesome George of your own, a tip: boost your chances by opting for a liveaboard dive package at the Truk Lagoon in Micronesia instead. Think of it as the nautical equivalent of taking up car maintenance classes. An amazing dive location, the Truk Lagoon boasts a treasure trove of sunken second World War battleships, making it catnip for a certain kind of guy.

With its legendary “après-ski” activities, skiing is another good bet. TheSkiGathering.com could be just the ticket, offering sociable ski holidays for solo skiers and snowboarders looking to share a chalet with others.

Options here include chalets in Méribel, Morzine and Les Gets in France, as well as the Bulgarian ski resort of Bansko. It offers beginners’ breaks too, so you can all learn to ski together by day and compare bruises by night.

A week in March costs around £520 (€604), staying in a very sociable triple. It’s worth noting that Irish ski chalet specialist HighLife (highlife.ie) waives the single supplement for solo travellers on occasion too during the season, so that is worth checking out.

However, if you’re absolutely determined to hook up on holiday, there is always the ultimate banker. The third annual Copper Face Jacks’ seven-day ski trip to Arinsal in Andorra, run in association with ski specialist Topflight (topflight.ie), departs March 5th, 2017; you’ll know because you’ll be able to hear the “on the piste” jokes as the plane passes overhead.

With DJ Mark McCabe manning the decks, a Father Ted ski-fest event, tag rugby and the Ireland v Wales game on in the bar, the organisers have left nothing to chance. Packages start at €899 including flights, accommodation, equipment hire, ski lesson and a lift pass. And if you don’t score on a trip that combines tag rugby, skiing and Copper Face Jacks, I’m afraid there may be no hope for you.