The Question: Is Vienna better than Dublin?

The Austrian capital has the best quality of life of any city, according to Mercer’s annual survey. But you can’t help loving our own capital 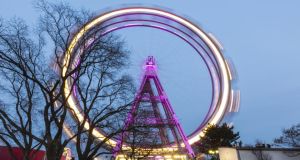 Ever since the Ten Commandments there has been something about a good list that satisfies our urge to rank the world around us. This week’s exercise in listmaking comes courtesy of the international consultancy firm Mercer.

Its annual quality-of-living survey assesses 230 cities on conditions such as safety, healthcare, schools, recreation, environment and public services. The result is a guide for multinationals to “fairly compensate employees when placing them on international assignments”.

Dublin came a respectable 33rd, just ahead of Boston, Brisbane and Barcelona, and above world cities such as London, Tokyo and New York.

The lofty perch at the top was occupied by Vienna (with its Riesenrad Ferris wheel), heading a top 10 dominated by clean, efficient and user-friendly European cities – Zurich, Munich, Dusseldorf, Copenhagen – and rounded out by the New World representatives Auckland, Vancouver and Sydney.

Around the world the ranking provokes a very parochial response. In the Anglosphere the Evening Standard was indignant that London wasn’t in the top 30; the Australian press focused on their country’s being outranked by New Zealand; and the Canadians lorded it over the Americans, who in turn reacted sniffily to the entire enterprise.

The reaction reveals how sensitive we are to criticism of our cities. They are, in some sense, manifestations of our national characters, extensions of ourselves in urban form.

But no ranking can adequately capture and compare character. One can acknowledge that Dublin is let down by the grime, the inscrutable public transport, the ugly architecture, the bad weather, the high cost of living, the visible inequality and the intractable drug problems while also loving the place and the people.

At the heart of our relationship with a city is something the Mercer list can’t quantify. It doesn’t take into account the most singular and subjective quality of any city: its sense of being home.

Ultimately, that is the characteristic that underpins our quality of life, wherever we are.

‘We have kids who can’t touch their toes’
6