Manage work, not people. Have fewer meetings. And reserve days for focused work 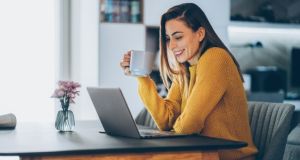 Workers are already thinking about ways they can keep this going after it’s safe to return to the office.

Since coronavirus upended office life in March, many white-collar workers have adjusted their work schedules to better fit their lives, and they’re enjoying it, according to a new survey by Morning Consult for The New York Times.

The majority of Irish workers are also interested in working remotely. A study published in August by Amarách Research for the trade union, Fórsa, found that 86 per cent of respondents were interested in working remotely. Over 80 per cent of those who favoured home working expressed a preference for a hybrid arrangement where they blend time worked remotely and in the workplace.

This is exactly the revolution that many workers – and those who study them – have been envisioning for years: giving people control over where and when work gets done, instead of demanding face time at the office and rewarding those who spend the longest hours there.

But this office-less utopia has been nearly impossible to achieve, as some past high-profile attempts – Best Buy and Yahoo in the US, for example – demonstrate. It requires throwing out almost everything about how white-collar work works and rebuilding it from the ground up.

That’s never been doable, because most employers saw no reason to change when the old way had been making them money. Now, all at once, the pandemic has forced it on them.

Leslie Perlow, a professor at Harvard Business School who has spent her career going into companies and persuading them to abolish things like meetings or weekend work – in order to add back only what they truly need –said she never imagined she would see this experiment happen on such a large scale.

“People are seeing a different world,” she said. “That’s going to create the revolution to change the way we work. A lot of this is possible in a way we never knew.”

America’s office workers have been miserable and burned out for a long time. The expectation of long hours at the office has been particularly hard on parents – especially mothers. Women, young people and people with disabilities have for years been among those on the forefront of pushing for more freedom in where work gets done.

Not all white-collar employers are committed to this new way of work, either

Perhaps not surprisingly, employers have offered many reasons they can’t give people quite so much autonomy. People can’t be trusted to get their work done on their own, they have said. Clients expect in-person, round-the-clock service. Running into co-workers in the hallway is sure to spur serendipitous ideas, right? And, people need to attend meetings, as well as meetings to prepare for those meetings and meetings to debrief after them.

But in the past few months, it has become clear to everyone what was really going on. Corporate America just didn’t want to change. “All these things could be done yesterday: This is the reality,” said Betsey Stevenson, a labour economist at the University of Michigan.

It’s also clear that America’s workers actually like the new way of doing things, even amid the challenges of the pandemic. In the survey by The New York Times and Morning Consult, which polled 1,123 people who have worked at home these past few months – representing the range of jobs, demographics and income levels of America’s remote workers – 86 per cent said they were satisfied with remote work.

A pandemic is hardly an ideal circumstance, which makes that number all the more surprising: Between sickness, job loss (or the fear of it) and schools not in session, this period has been stressful for many workers.

Also, people who can work from home tend to be privileged in other ways; they’re more likely to be white and have high incomes. The new office life leaves out the 6 in 10 US workers who cannot work from home. (Giving people in service jobs like health aides more autonomy would involve paying them a livable wage and providing benefits like paid family leave, proponents say.)

Not all white-collar employers are committed to this new way of work, either. Some bosses schedule back-to-back Zoom meetings and monitor desk time by whether a green Slack light is on, signifying employees are available. Others have already summoned people back to work. There is also the possibility that employers could panic about trying something new in a recession – and with high unemployment, workers have less power to make demands.

Even for the lucky ones, all-remote work into the winter could become dull and lonely, which is one reason that most office workers say in surveys that they prefer a hybrid arrangement: in the office some days and remote some days.

Still, many analysts say that lockdowns are an unexpected opportunity to remake work for the long term.

In the survey conducted earlier this summer, a significant share of people said they were incorporating more nonwork activities into their workdays: exercising, praying or meditating; taking naps or pursuing hobbies.

About 40 per cent said they were taking more walks or breaks, or spending more time outdoors or caring for pets. Half said they were spending more time with their family or doing household tasks. (Realistically, most people weren’t working eight or 10 hours straight in the office either, but running or meditating is probably healthier than scrolling through social media or gossiping.)

It seems to be reducing stress levels. Even in a time of extreme stress overall, people who have been working from home were more likely than not to say they were less stressed than before about both work and home life. Roughly 60 per cent said working from home had made them more able to focus on their health; saved them a lot of time each day; and made them feel more connected with their families.

Three-quarters said their productivity was either the same or improved. It doesn’t take a survey to tell us that interspersing work with rejuvenating activities like walking or resting often boosts energy and creativity.

Workers are already thinking about ways they can keep this going after it’s safe to return to the office. Only 1 in 5 said they wanted to go back full-time. Nearly 1 in 3 said they would move to a new city or state if remote work continued indefinitely, which companies like Twitter in the US have already said they would allow. Some people have moved to less expensive places, or to be closer to family or nature.

In the US, the share of people seeking to move from big cities like New York and San Francisco has increased, and many are looking for homes in smaller, inland cities, according to the real estate company Redfin.

Parents with children at home – whose days are busier than ever – say they’re more stressed than nonparents but equally satisfied with working from home, according to the survey. Mandatory face time has always penalised parents, and even more during lockdown.

Researchers who have spent years trying to persuade companies to operate this way warn that the new movement could backfire. To do it right, they say, managers should be very clear about what’s expected (“send me this report by Tuesday at noon”) and then leave it to employees to determine how it gets done.

“Manage the work, not the people,” said Jody Thompson, a founder of a firm called CultureRx, which helps companies figure out how to measure results instead of desk time.

There should be fewer meetings (always with the option of phone instead of video), and days reserved for focused work, researchers say. People should find non-annoying ways to hang out with co-workers, like bring-your-dog or bring-a-drink video calls, or posting pictures of where everyone’s working. And people should have rituals to mark the end of the workday, like walking around the block or opening a beer. – New York Times