One morning my life changed immeasurably

I was awoken by pain. My hands felt like ice 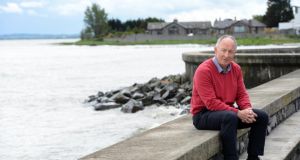 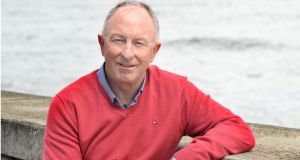 In all my working life,whether as a solicitor, a TD or a minister, I cannot recall taking a day off work because of illness. My job never kept me awake at night. I was lucky in that sense, normally needing to sleep only six hours a night.

Outside of my working life, I was always active. I played competitive soccer until I was 33 and my other hobbies were windsurfing, walking and swimming when I got the chance.

However, my health changed, literally overnight, about mid-August 2009. One morning , I was awoken by pain. My hands felt like blocks of ice with severe pain in my fingers. Over the next few months, the pain spread to my left leg and back.

I went to my GP and was referred to a rheumatologist.

Apart from the localised pain, I seemed to have no enthusiasm or energy. I constantly felt completely drained. I later learned that this was one of the symptoms of rheumatoid arthritis.

I attended a number of consultants, and got varying diagnoses. I was tested for different diseases. Finally, Dr Conor Mc Carthy, a consultant rheumatologist in the Mater hospital , diagnosed me with sero-negative rheumatoid arthritis.

He said that this type of rheumatoid arthritis (RA) was difficult to medicate. He put me on varying dosages of the steroid Deltacortoril. I had previously been on weaker medication, which didn’t have much effect.

The steroid gave some relief from the pain, but he felt I was on this orally for too long so he recommended steroid injections.

It took three attempts, with increased dosages each time, for the steroid injections to have an effect.

During this time , I began to notice a blurring in my left eye.

Serious condition
I went to my local GP. He was quite shocked and told me that I had a serious condition in my eye and recommended that I see an ophthalmologist without delay. He felt that the strong immune suppressant medication I was on, because of rheumatoid arthritis, was causing my eye problem.

The next morning, I saw Prof Michael O’Keeffe in the Mater and he confirmed that I had herpes on the surface of my eye. After seven hours of tests, he said that I was very lucky not to have lost the sight in the eye.

Dr McCarthy had been suggesting that I go on to stronger immune-suppressant medication, but in consultation with Prof O’Keeffe, I felt that this should not happen until I got rid of the herpes from my entire system. I was put on a course of tablets for three months to eliminate the herpes.

They warned me that because of the other medication I was on that I needed to be careful not to pick up infections.

At this stage, for the rheumatoid arthritis, I had moved on from steroids to methotrexate, anti-inflammatories and Tylex for pain. Altogether, I was taking an average of seven tablets a day. One day a week, I had to take a total of 16 tablets.

For somebody who never took even an aspirin before, it was complete anathema to me.

Significant pain
It was a very difficult time politically. I went up to canvass in the Donegal byelection in November 2010. I canvassed on a Friday night and all day Saturday. I wondered how I was going to be able to walk around during an election. I was in significant pain.

I finally announced my decision to retire from politics on November 30th, 10 days after we had signed up to the EU-IMF-ECB deal.

In mid-December, I had to go back to Dr McCarthy as I was still in agony.

I had an X-ray done which revealed that there had been a very rapid deterioration in my left hip joint.

He recommended a surgeon in the Mater hospital, Marcus Timlin, who examined me soon after that. He explained that the rapid deterioration was caused by the rheumatoid arthritis,which eats at the lining in between bones. My hip joint was “bone against bone”. I urgently needed a hip operation.

In January 2011 I had a full hip replacement operation, which has been reasonably successful.

I continue to suffer from acute pain, especially in my hands and my right foot. Because the eye infection has cleared, Dr Conor McCarthy, in consultation with Prof O’Keeffe, recommended that I go on a high-tech drug called Enbrel, which is a stronger immune-suppressant drug.

Nowadays, this necessitates me self-injecting in my stomach once a week, as well as taking weekly methotrexate and daily anti-inflammatories.

This cocktail of drugs, particularly the Enbrel, seem to have given me better relief in that I am not now subject to flare-ups, as often as I was before.

Dr McCarthy recently warned that continued use of the drug Enbrel needs to be monitored carefully as studies show that the user is exposed to a higher chance of contracting melanoma cancer. Because of this threat, he recently trialled me on fortnightly Enbrel for a short while but my condition worsened quite quickly.

Rusty gate
Dr McCarthy has summed up my condition by saying that someone like me is like a “rusty gate”, that I must keep active or else I will seize up. My whole body is telling me to rest but my medical adviser tells me to keep as active as possible. I have far less flexibility than I had just a few short years ago.

I do a lot of cycling and swimming which Dr McCarthy says are ideal for the condition. I have also taken up golf, although walking can be difficult sometimes, as I tend to hobble a bit. I cannot go windsurfing, because I have a far weaker grip in my hands.

This is a great source of regret for me, although I intend to have a go at it again this summer. (I have also been diagnosed with carpal tunnel syndrome, which is a byproduct of RA).

I served, over a sustained period of time, in many challenging departments such as social welfare, communications, foreign affairs and justice. In hindsight, I do think it took it out of me physically and mentally.

In a way, I was fortunate in that one minute I was doing something 24/7 and the next moment, I had time, away from politics and government, to recover after my hip operation. Without being ageist about it, the demands of politics makes it a young person’s game even when you are in the whole of your health.

I have been fortunate in the excellence of my medical care, the advances in drugs and treatment and the fact that when such a debilitating illness struck I was active and had led a healthy lifestyle.

My message for others reading this who are suffering from or have been diagnosed with rheumatoid arthritis is that there is great support out there and excellent medical treatment.

Correct balance
The medicines are very advanced now for rheumatoid arthritis but it does take time for medical advisers to ascertain the correct balance of medication for each individual sufferer.

Exercise is essential even though it is the last thing you feel like doing. It is a sharp learning curve and your life does change significantly. I did not know the first thing about it and I had to learn very quickly how to cope with it.

I hope people can learn from my experience.

I have spoken to many rheumatoid arthritis sufferers in the past two years and my advice has been that from my experience, with proper medication, exercise and patience, your quality of life can be good, despite a sense of despair when you are initially diagnosed.