Autism and exercise on a level playing pitch

Parent-led movement breaking down barriers to social and sports activities 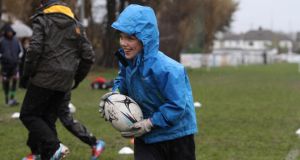 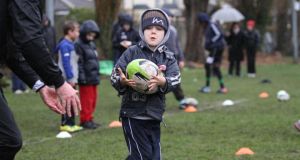 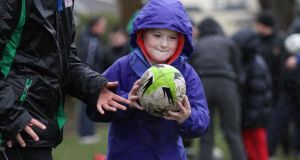 By the time Lorraine Doyle’s twin boys were eight years old, she had no problem finding sporting and social after-school activities for one, but not the other.

While Chris could be enrolled in anything that took his fancy, she felt she could not leave his brother, Emmet, who has an autism spectrum disorder (ASD), at any of these activities without somebody to support him.

It motivated her to set up Gymjam, a weekly club to help children improve social skills through play and games, within HxARTS, an autism resource, therapy and support group in the Harold’s Cross area of Dublin. She is chairwoman of the club, which is aimed at “kids who are able to follow instruction, who want to be social but just need that extra bit [of support]”.

It’s “brilliant”, she says, because children can use it as a stepping stone to a mainstream activity, or come to it from another group, where they may have lost their self-esteem.

Gymjam is just one example of numerous initiatives in a growing, parent-led movement to give children on the autism spectrum some of the same opportunities as their peers to socialise and develop skills through regular activities. Older children with ASD can increasingly become “prisoners in their own home”, as one parent notes, compounding the disadvantages with which they have been born.

Although organisations such as the Special Olympics embrace all intellectual disabilities, it is a very broad grouping and it could be argued that children on the autism spectrum are a distinct segment although, of course, they vary widely in abilities and personal challenges.

It is not necessarily a huge task to adapt sporting, entertainment or arts sessions to meet children with ASD on their terms: smaller numbers, greater support and adjustment of environmental factors, such as sound and lights, may be all that’s required, along with understanding among trainers. Clubs and entertainment facilities are beginning to respond to approaches from local autism groups, who themselves have been empowered through social media to mobilise fellow parents and share information.

Terenure College Rugby Club is one that caters for children with special needs through the formation of the Terenure Tigers in January 2014. Every Sunday morning during the club season, boys and girls aged six to 16, who would not be comfortable at mainstream level, are grouped by ability for games of tag rugby.

“A lot of these kids have never had the opportunity to feel rain on their face, running around a pitch; to put a pair of boots on and run around in the muck – things that we take for granted,” says the founder of the Tigers, Bernard Molloy. He became involved in club coaching after his son, who has since been diagnosed with Asperger’s, started playing there from the age of six.

Molloy, who is the club’s disability inclusion officer, now has 55 children registered for the Tigers, with 20 volunteer coaches ranging from company directors to Transition Year students. Deciding that the Tigers deserved only the best when it came to an ambassador, he approached Ireland coach Joe Schmidt who accepted happily and is a regular visitor.

There are four other rugby clubs in the Dublin area with special needs teams, with whom matches can be played. Within the next couple of years, he wants to see every community-based club, be it IRFU, FAI or GAA affiliated, to have a disability inclusion officer.

It is rare for autism and exercise to be paired together, says health and fitness expert Colin Donnelly. Yet studies in the US show increased exercise can have a positive effect on the negative behaviours of children with ASD.

“Issues some kids may have – head nodding, spinning, flapping their hands, staring into space – can have an effect on social behaviour and learning at schools,” he explains. “Through controlled exercise, it can improve their attention span, by focusing on certain things, and discourage these types of behaviour.”

A former accountant, Donnelly decided to start a health and fitness business eight years ago and, latterly, is specialising in training children and teenagers with ASD in general physical exercise through his company, U-Fit.

He had not only grown up with a brother with autism but in recent years discovered his own son had an auditory processing issue and was having problems at school.

“What I found with my own son was that he was quite good at exercise; that, for him, was his outlet.” Donnelly realised this could benefit other children like him.

From talking to parents, he hears time and time again how they have tried to introduce them to mainstream sports clubs.

There are “huge barriers” to children with ASD participating in sport, which would not only benefit their health but also their social life, he points out. They are inclined to become sedentary, playing computer games at home, and health and weight issues become a problem.

“They tend to retreat to their bedrooms because that is their comfort zone and you have to fight to get them out the door.”

Again, with both the Terenure Tigers and U-Fit, the common thread is highly motivated parents with first-hand experience of ASD making a difference – not just for their own children, but for others as well,

“There is so much pro-activity among Irish parents that I think the awareness out there is evolving to acceptance,” says Lorraine Doyle of HxARTS.

“There are so many businesses and community places that really want to do what we are asking for.”

She believes they see it not only as showing corporate responsibility but that it can be viable. The prevalence of diagnosed ASD is growing, with at least an estimated one in 100 children in Ireland affected.

“I am very fond of the term ‘moving from autism awareness to autism acceptance’,” adds Doyle. “It’s not going away; kids are going to become adults.”

On the other side of the country, Kerry Autism Action pays tribute to local businesses that go out of their way to cater for its family events. Its secretary, Hannah Lane, singles out the Crag Caves play area in Castleisland, which allows the group to have closed sessions in the evening time, and the Classic Cinema in Listowel, which helped it set up the first Sensory Friendly Cinema Club in Kerry.

Likewise, every Saturday morning at Jump Zone in Sandyford, Dublin, before it opens to the public, the trampoline park is given over to children on the autism spectrum. The hour-long session is organised by Open Spectrum, a group set up two years ago by two parents solely to run activities.

“What I wanted for kids were activities that would run all the time, not just once-off,” says co-founder Helen Norris. “I found as kids got older with autism, they had less and less to do. Even if they are very high functioning, socially they’re not good. They become prisoners in their own home.”

She had met a fellow parent, Victoria White, at an event run by the Snowflakes autism support group in Swords, Co Dublin, and together they resolved to do something similar in south Dublin.

Their initial open meeting two years ago was attended by five families – now they have 120 on the books and have recently become the activities “strand” of the larger Prism (Parent Resource and Information Support Meeting) group in the Dún Laoghaire-Rathdown area.

From the start, Norris, an occupational therapist, was very keen to organise trampolining and negotiated with Jump Zone for a monthly session that then became a weekly fixture.

“Jumping is something you can do regardless of how low or how high your level of ability is,” she says. “I am more interested in the more challenged children; the ones who need one-to-one. I would like to see them out in the community.”

With numbers kept to about 25, parents are charged €10 a session and the facility covers its costs. Once a term, Jump Zone allows Open Spectrum to keep the takings and they go towards funding other activities. These include weekly Playball (a multisports programme), drama, wall-climbing in UCD and monthly crazy golf at Rainforest in Dundrum.

As numbers have to be kept low, costs can be prohibitive for parents, so Open Spectrum tries to negotiate cut rates and to seek grants. Dún Laoghaire-Rathdown County Council has funded the Playball, for example.

One of the biggest obstacles to parents bringing children to mainstream activities is that they will do something “really woeful”, suggests Norris, whose 14-year-old daughter, Eleanor, is on the autism spectrum and has many challenges.

“They might hit you, they might have an accident; you just want to die and you don’t want to come out again.”

Children with autism may be cute when they’re little, she adds, “but then they get bigger and they are less cute. I always knew that would be the case.”

Open Spectrum has proved to be a “lifeline” for Suzanne O’Brien, who returned to live in Dublin from the US last August. Her son Colin, for whom she has not yet been able to find a school, has ASD. He is 11.

Not only do Open Spectrum’s wall-climbing and drama provide a much needed social outlet for Colin, but his mother has also found the parents she meets to be a mine of much-needed practical information. Without them, says O’Brien, she would be very frustrated, and she has seen a positive effect on Colin too.

“He begins to see the same people at different things and to become familiar with them. It gets him out there and comfortable in a different environment, which is very important when his schooling is at home.”