Brian Boyd and Emma Somers root through a bumper crop of TV, film and music to find gift ideas for the loved one who thinks they’ve seen it all 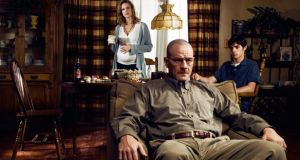 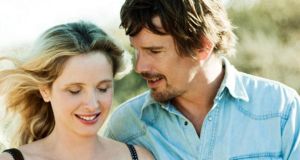 Julie Deply and Ethan Hawke in Before Sunrise;

Acornucopia of cultural riches this year left us reaching for superlatives. Everything from Breaking Bad on television to Daft Punk in music, Gone Girl in books, The Act of Killing in film and Grand Theft Auto in games was the “best ever”. All that should make shopping a piece of Christmas cake this festive season, but it was also the year we fully embraced all things digital.

Whereas in times past a typical Christmas gift might have been a book, DVD or album, the migration to eReaders, Netflix, fancy TV packages and Spotify has made the subscription the gift du jour, or a tablet device or eReader, so the recipient has the technological wherewithal to access their favourite works.

Television
We are now living in a Golden Age (those superlatives again) of television drama, with a tsunami of “must-see” programmes that make for ideal box-set viewing. The obvious choice for anyone yet to watch it is Breaking Bad, the story of science teacher turned crystal meth dealer Walter White, and one of the most critically acclaimed creations of recent years.

For hardcore fans Breaking Bad: The Complete Series box-set is tastefully packaged in a replica money barrel, with more than 55 hours of special features from all the seasons, along with a ton of previously unseen material and extras. Available to buy in shops or online from next week, it will cost about €170 depending on where you buy (the complete series without all the barrels and whistles will set you back about €75).

Less pricey but almost as bad-ass is the Love/Hate Series 1, 2, 3 & 4 box-set (€34.99) – a safe bet for anyone who has yet to watch the RTÉ’s hit crime drama, seeing as you can’t watch it back on the RTÉ Player. This latest edition includes exclusive behind the scenes footage.

On a cheerier note, the first-series box-set of Armando Iannucci’s Veep (about €22) is out, starring Julia Louis-Dreyfus as beleaguered US vice- president Selina Meyer, as well as the Parks And Recreation: Seasons 1-3 box-set (about €60), another off-beat political(-ish) comedy, starring Amy Poehler and Rob Lowe.

Elsewhere season four of the inexplicably popular Downton Abbey will be out this month at about the €15 mark. And after a rubbish and implausible second season, the third season of Homeland (about €20 on DVD) tries to re-establish some sense of credibility. The more discerning couch potato could opt instead for the original Israeli programme that Homeland is a remake of. Prisoners of War is in Hebrew but subtitled, and you can pick up the first two series on DVD for about €35. It’s far superior to the US version, devoid of all the overacting and melodramatic plot lines.

If history is their thing, the box-set of Oliver Stone’s Untold History of the United States (about €25) came out this summer. The series took four years to make and relies almost exclusively on archive footage and clips from Hollywood movies to reinterpret the postwar history of the US.

Other usual suspects in television include Mad Men, The Big Bang Theory and Game of Thrones.

Film
In film this past year, the big shock was Woody Allen almost recapturing the brilliance of his early days with Blue Jasmine. Ron Howard’s recreation of the rivalry between 1970s Formula One racers James Hunt and Niki Lauda in Rush was a revelation and Richard Linklater’s Before Midnight was a romantic drama with real depth.

But it was The Act of Killing – an extraordinary, bizarre, unsettling and at times hilarious demi-documentary – that proved to be the cinematic moment of this or perhaps any other year. Documenting political turmoil in Indonesia in the mid 1960s, it is a thing of beauty on screen, and will leave you wondering how it ever came to be made. The director’s cut DVD (about €20) includes commentary with Werner Herzog, an Errol Morris essay and deleted scenes.

Tarantino’s Django Unchained (about €15) is a great stocking filler – a brazenly blazing rewrite of US history with DVD extras that include a “Horses & Stunts” section for fans of westerns. For something a little cheerier, in Good Vibrations (about €16) the hero of the hour is Terri Hooley (played by Richard Dormer), a madcap visionary with a notion to open a record shop in a derelict Belfast building. For something a little creepier the gothic Stoker, starring Nicole Kidman, is visually stunning (about €25).

And for any film buff worth their salt, The Wes Anderson Collection (about €30) isa great coffee table book, providing an in-depth overview of the director’s life, career and filmography (Rushmore, The Royal Tenenbaums, Fantastic Mr Fox . . . the list goes on).

Music
Daft Punk got lucky with their Random Access Memories album to become the sound of the summer, David Bowie made a welcome return with The Next Day, and Arcade Fire set hearts racing with Reflektor (and the announcement of a UK tour this month – you could sell a kidney and bring your loved one to their Empress Hall gig in Blackpool next Wednesday).

Closer to home, notable Irish releases included Kodaline’s In A Perfect World, Strypes with Snapshot, Little Green Cars with Absolute Zero and, after a hiatus of more than two decades, My Bloody Valentine with MBV. Other releases just in time for the festive season include Pearl Jam’s Lightning Bolt, The National’s Trouble You Will Find Me and Paul McCartney’s new album, called New, imaginatively enough. For the connoisseur, try Nomad, by African guitarist Bombino.

In the absence of a deluxe DVD of Peter Serafinowicz singing Morrissey’s Autobiography (perhaps he and McCartney share an agent), music fans will have to make do with Made of Stone (about €14), a documentary about The Stone Roses directed by Shane Meadows (This is England). Or for anyone who packed David Byrne’s session at the Electric Picnic, the Talking Heads frontman has filled a book with his thoughts on How Music Works (about €16).

For the fan who’s been round the block from tapes and CDs to mp3s, there’s always vinyl. You can pick up a decent record player for less than €100, and the RAGE on Fade Street in Dublin has an offer of a Steepletone ST282 player for €65, or €75 with a €25 record voucher included.

LE GAMES OF THE YEAR

Bioshock Infinite
A wonderful sequel to the original Bioshock that this time has racism and religion in its sights, as well as the customary lunatic bad guys. You’ll be on board from the start when you ascend to Rapture, a heavenly utopia in the clouds, and must endure a near fatal forced baptism to enter the city.

Grand Theft Auto V
If you can put aside the very questionable depiction of women in this video-game series you’ll have an amazing time disappearing into the streets of Los Santos in GTA5. Half the fun is committing the various crime related missions, the other half is equal parts randomly trying to land your helicopter on top of the Ferris wheel on Santa Monica Pier or just driving around listening to the amazing soundtrack on your car stereo.

Pixel Dungeon (Android)
I’ve only heard of the original Rogue game from the annals of video-game history where it was played with ASCII text characters on a terminal screen representing heroes and monsters in a dungeon whose walls were depicted by “#” symbols. Pixel Dungeon is one of many “Rogue-a-likes” available, but this one comes in a charming 8-bit pixel-art form. A must for when you simply must feed your need to fight hoards of zombie ghost-bats while taking the 39a bus to Cabra.