So what’s hot and what’s not this week?

Archives are hot, yes really, but cold winds are blowing through American Apparel 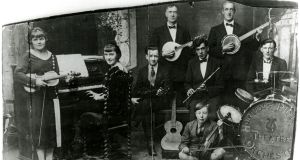 Early Christmas prep We know you say you’ll get on it every year. Start now

Explore Your Archive week Starts November 19th. From film to local history, archives and libraries all over the country invite you in. See learnaboutarchives.ie.

Winter hair So dry, so wind-tangled

American Apparel Provisional liquidator has been appointed to the Dublin store

The unrelenting feeling of Trump-related global doom and dread Yeah, that