So what’s hot and what’s not this week? 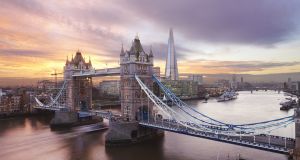 Tiger Dublin Fringe Get booking. We like the look of RIOT, Age of Transition, and Collapsing Horse’s The Aeneid

Avocados Demand is having a serious environmental impact in Mexico

Sterling Bad for Britain, good for weekends in London

Puffa jackets Everywhere. We’re not quite ready to succumb to the marshmallow vibes