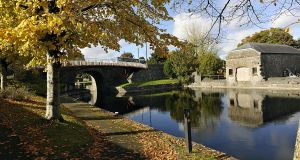 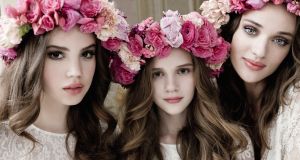 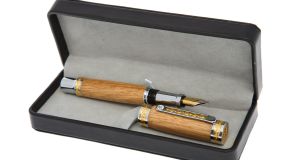 €100 or less: The shop stocks gorgeous things including these fountain pens, €74, by local designer Grain of Wood 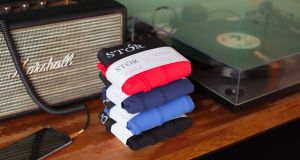 Mullingar is an old-fashioned spot that has held on to its market town atmosphere. While home to a slew of musicians including Foster & Allan, Niall Horan and Bressie its best-known resident remains show band legend Joe Dolan and the town commemorated him with a statue on Market Square in 2008. Two years later a bridge, the final link in the Mullingar ring road that crosses the flood plains of the Brosna river and Lacy’s canal, was named after him.

Dolan is also commemorated in the pizza offerings at Miller & Cook, a food hall, cafe and restaurant in the former Bank of Ireland premises opposite the bronze statue. The pies are named after some of Dolan’s most famous songs. You can tuck into a “More and More”, topped with chargrilled chicken, salami, red onion, fresh mozzarella and homemade basil pesto, or a “Make Me An Island”, a carnivorous pie topped with chicken, salami, pepperoni, chorizo, spinach, red onion, black olives and sundried tomatoes.

But Dolan was also a snazzy dresser, something Hilary Marren of Galvin’s For Men, just one of several men’s shops in the town, is keen to point out. She says men from the midlands dress pretty sharp.

€20 or less: David O’Malley stocks a fishing tackle, jewellery and firearms. His father and brother trained as watchmakers and the shop sells watches and engagement rings alongside Lamber shotguns that can set you back €1,200. The cluttered premises includes a 38½lb taxidermied trout, caught by his father in 1946. Anglers, including actor Emmet Bergin and legend Jack Charleton, come from all over the country for his brother John’s hand-tied flies, €2 each. David O’Malley, 33 Dominic Street, Mullingar (044 934 8300)

€50 or less: Galvin for Men is a Mullingar institution that was opened by the late John Galvin. His son Michael runs the Mullingar shop and son Paul runs the establishment in Tullamore, where the business began. The shop stocks Hugo Boss, Barbour, Timberland, Inish Meain Knitwear, Magee of Donegal, and Stór (stor.supply) a range of bamboo fibre and organic cotton basics designed by Michael’s son Robert. A large box set costs €49.95. Galvin for Men, 53 Oliver Plunkett Street (044 93 48461)

€100 or less: CaToCa Fine Food and Giftware runs the cafe and gift shop at Belvedere House Park and Gardens, three miles outside the town. As well as serving soups, sandwiches and salads made using ingredients from the garden the company makes organic apple juice from its own orchards. The shop stocks gorgeous things including these fountain pens, €74, by local designer Grain of Wood. Entry to the shop and cafe is free but there is a charge to explore the stately home and gardens. catocafinefood.com; grainofwood.ie; belvedere-house.ie (044 9338961)

€500 or less: Red Earth, on the outskirts of the town, is a cornucopia that includes Mindy Brownes, a range of home furnishings designed in Mullingar, while the manufacturing is done in the Far East. The café sells locally roasted Bell Lane Coffee and locally made An Olivia’s Chocolates. Musician Bressie and his girlfriend Roz Purcell are fans of its cold-pressed- juice bar. Red Earth, Mullingar Business Park ( 044 939 0370) Redearthireland. com

€1,000 or more: The White Room dresses more than 500 brides a year at its huge premises on the outskirts of the town. The fishtail style dress is popular this year, says owner Frances McElwain. This Joya style, €1,800, is exclusive to the shop as is new Hungarian couture label Daalarna which lands mid-March. The shop attracts brides from Dublin, Cork and Galway and TV3’s Karen Koster bought her dress here. The White Room, 23D Lough Sheever Corporate Park, Robinstown, Mullingar (044 9347661) thewhiteroom.ie

DOWN TIME: For a Sunday roast, carnivores should head to Seamus Bracken Butchers, Lynn Road; See into the future with a tarot cards reading by Hugh Gormley, €40, at Bahia, Dominic Place (085-1750125/ 085 753 2655); Pick up some of award-winning Hanna’s Secret Kitchen gluten-free fruit bread, €3.25, at Buckley’s Supervalu or Nuts and Grains health food shop.