Family Fortunes: ‘Mother, flushed to the gills, fumbled with the twine and paper covering’ 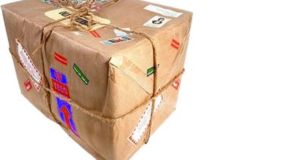 Even before we reached home from school we heard the news.

“Ye got a parcel from America.”

The arrival of the parcel, adorned with the stern profile of George Washington on the stamps, was a source of intense excitement. Mother, flushed to the gills, fumbling with the twine and brown paper covering (to be used again), we silently urging her on to reveal what would surely contain an Aladdin’s cave full of bounty.

There would surely be frocks for the womenfolk. Frocks with gay patterns that would laugh at the sombre colours of a depressed war era, when dressmakers were prosecuted if they overstepped the allotted amount of pleats allowed on a skirt. Scented soap to replace the grim Lifebouy and Carbolic, if one were lucky to get it.

Then there might be a sports coat for Dad, with the shoulder pads so wide you’d think the hanger was still in it. Neckties certainly, so wide they’d do as a scarf, imprinted with grass-skirted Hawaiian lassies dancing gaily under the palm trees. Inevitably Wrigley chewing gum, to be chewed to the death. For us, Dell comics, Superman, Batman, The Lone Ranger, a swap when finished for three well-worn publications. My brother Joe and I were recipients of pencils with erasers at the end. The first in Limerick as far as we knew, envy of our schoolmates.

Then there was the nurses’ walking out uniforms (our benefactor, Aunt Ciss, worked in a hospital in New York) consisting of smart suits, pill-box hats and shoulder bags, altered and worn somewhat reluctantly by my sisters Maura and Eileen, but causing heads to turn as they walked down the aisle at Mass in St Mary’s.

A godsend in times of extreme shortages. Legends now, these parcels . . . there’s even a musical about them for goodness sake. Written by Tomaseen Foley, it tells of dependence on these parcels at Christmas time in remote rural areas denuded by emigration. The joy of recipients and the disappointment for those left without.